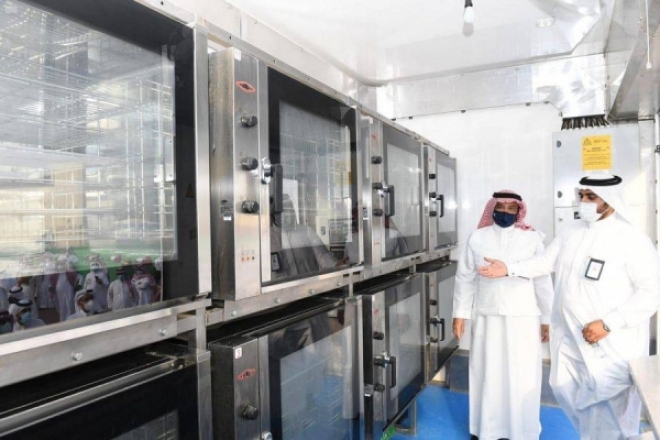 MAKKAH — Saudi Arabia's Minister of Hajj and Umrah Dr. Muhammad Saleh Benten made on Monday an inspection tour of the facilities and arrangement made for the Hajj pilgrims in Makkah and the holy sites.

In a statement to the Saudi Press Agency following the tour, the minister said that the Saudi government has worked out unprecedented plans for the operation of this year’s Hajj, enabling pilgrims to perform their rituals in ease and comfort.

“The comprehensive foolproof plans will be implemented by the security, health and service agencies. The plans include the provision of the best health services, and the most appropriate crowd control, strictly in line with the precautionary measures and preventive protocols, formulated by the Ministry of Health to ensure full safety of pilgrims from the coronavirus pandemic,” he said.

Benten emphasized the keenness of the government of Custodian of the Two Holy Mosques King Salman and Crown Prince Muhammad Bin Salman to implement the Hajj operation by following the highest health standards and precautionary measures in order to ensure the safety of the pilgrims.

Earlier, the minister inspected the arrangements and facilities for the reception and accommodation of pilgrims at Four Point Hotel in Makkah. He was briefed by ministry officials with regard to receiving and accommodating pilgrims during the period from 4 to 8 of Dhul Hijjah before leaving for Mina.

Benten also visited the tents in Arafat and the facilities in Muzdalifah. Then, he made an inspection tour of the tent city of Mina where he visited one of the towers designated for the housing of pilgrims and was impressed with the services and facilities being arranged for the accommodation and serving of food for the pilgrims.

At the end of the visit, the minister watched a visual presentation of the mechanism for providing logistical services for the pilgrims during their movement from accommodation to Jamarat for performing the stoning ritual.


⇐ Previous:
Grand Mosque to remain closed to worshipers on Arafat Day and Eid Al-Adha
Next: ⇒
Software Developers Look to Offer Virtual Hajj as a Viable Alternative for Pilgrims