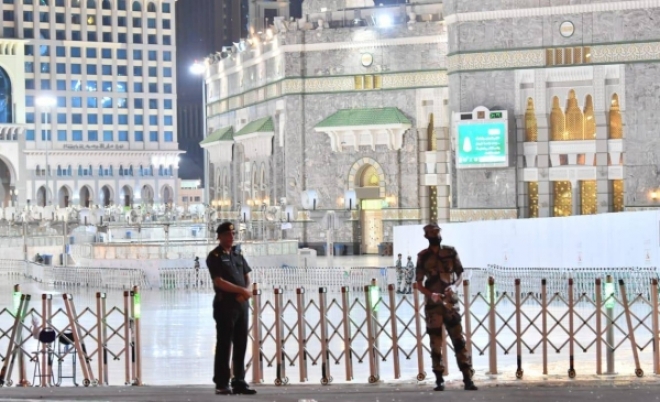 JEDDAH — Maj. Gen. Mohammed Bin Wasl Al-Ahmadi, assistant commander of the Hajj security forces for the Grand Mosque and its premises, said on Tuesday that the Grand Mosque will remain closed to worshipers on Arafat Day and Eid Al-Adha as part of the precautionary measures to prevent the spread of coronavirus pandemic.

“The suspension of prayers in the Grand Mosque and its outer premises will continue. We invite people of Makkah to break their fast on the Day of Arafat in their homes,” he added.

Al-Ahmadi made the remarks during a press briefing in which he announced the completion of the first stage of planning for the annual religious gathering. He said that the security plan for this year’s Hajj focuses on organizational, security, humanitarian and health aspects.

“We have mainly focused on the health aspect this year due to the exceptional situation. The remaining stages will be implemented in the coming days,” said Maj. Gen. Al-Ahmadi.

He said that a new mechanism has been put in place to control pilgrims’ entry and exit to the Grand Mosque in order to ensure social distancing.

As part of the precautionary measures, pathways for circumambulation of the Holy Kaaba and Sa'ee (hastening between the hills of Safa and Marwah) have been defined, and those having official permission will be allowed to enter the Grand Mosque area, Maj. Gen. Al-Ahmadi added.


⇐ Previous:
Arafat Day sermon to be translated into 10 languages
Next: ⇒
‘Unprecedented’ plans in place for this year’s Hajj