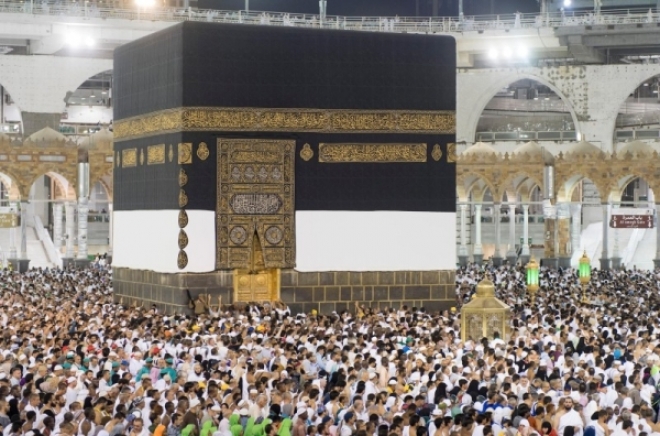 MAKKAH — The results of a recent scientific study showed that the annual pilgrimage of Hajj was never interrupted or suspended throughout Islamic history. The study, which was conducted by the Custodian of the Two Holy Mosques Institute for Hajj and Umrah Research at Umm Al-Qura University, came to this conclusion after extrapolating more than 40 scientific references and sources from the entire Islamic history.

It was evident that there was not a single instance of pilgrimage being either halted or interrupted altogether in any period of time in the history of Islam. However, there had been some partial interruption on part of some countries, or epidemics and health or security issues prevented some pilgrims from performing the obligatory ritual while the rest of the pilgrims performed their rituals without any interruption.

The scientific study, conducted by Dr. Aiman Al-Safri, deputy president of the institute, emphasized that Hajj is one of the obligatory rituals whose smooth conduct is a common social obligation of the Muslim Ummah and hence its performance by a section of the Ummah would be sufficient.

He drew attention to the events recorded by historians through the ages about the difficulties and obstacles faced by pilgrims during the pilgrimage to Makkah and these included epidemics, wars, heavy rain, flooding, famine, and social insecurity. Such hardships hampered pilgrims from several countries reaching Makkah and performing the rituals all through the ages. However, all these misfortunes and tragedies never stopped the pilgrimage any year in history.

The study also drew attention to the prominent role people of Makkah played in ensuring the continuation of the Hajj pilgrimage in the years in which pilgrims from some countries were unable to reach Makkah to perform the rituals.

This scientific study also attaches great significance to the decision of the Saudi government to hold Hajj rituals in the midst of the outbreak of the coronavirus pandemic. This decision shows the determination of the government not to have any interruption in the smooth conduct of the pilgrimage, in a way fulfilling two great Shariah interests –holding the ritual of Hajj without any interruption and ensuring the safety and health of the pilgrims, the study pointed out.


⇐ Previous:
Maintenance work completed on 491km of roads leading to Makkah in preparation for Hajj
Next: ⇒
'Hajj is the best birthday gift for me'