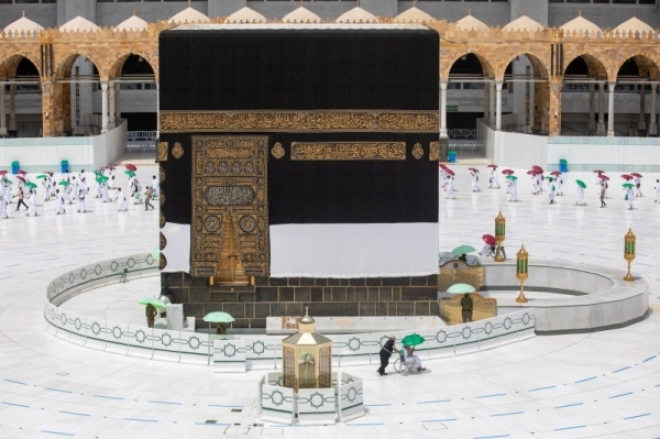 MAKKAH — A total of 108,041 Umrah permits were issued after the launch of Eatmarna application on Sept. 27 until Oct. 1, 2020, Saudi Arabia’s Ministry of Hajj and Umrah said in a statement carried by the Saudi Press Agency on Friday.

Out of the total permits, 42,873 were issued to citizens while the remaining 65,128 were given to expatriates of different nationalities, according to the figures cited by the ministry.

In the first hour of its launch, the application registered about 16,000 pilgrims, while the total number of registered individuals in the first week of the launch reached 309,686, out of whom 224,929 are applicants and 84,757 are their companions.

In terms of the age group of Umrah applicants and their companions, people over the age of 60 accounted for 35 percent of the total while those between 31-40 years of age made 26 percent followed by 20-30 years age group with 17 percent and 41-50 years with 14 percent. The percentage of those between the ages of 51-60 was the lowest with 8 percent of the total registered applicants.

It is noteworthy that the Ministry of Hajj and Umrah will start receiving the first batch of Umrah performers at 6:00 am, on Sunday (Oct. 4)