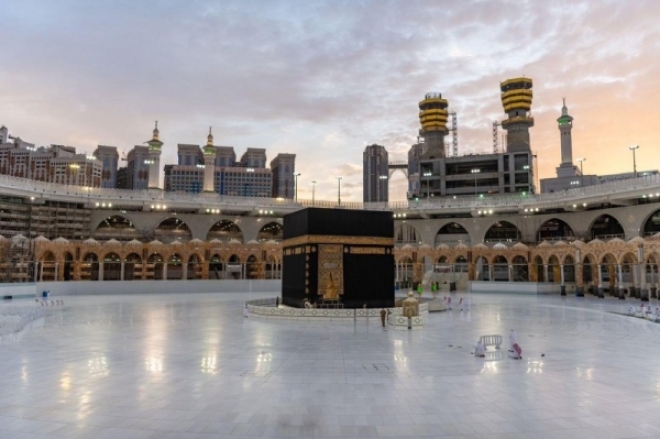 MAKKAH — The Grand Mosque will receive the first groups of Umrah performers, after the issuance of approval of the gradual return to normal life, with application of the precautionary measures to prevent the spread of the novel coronavirus, as the Ministry of Hajj and Umrah launched "Eaatamarna" application for those wishing to perform Umrah.

Several sites were prepared, namely (Ajyad, Al-Shisha, Al-Gaza, and Al-Zahir) to assemble the Umrah performers, then transport them to the Grand Mosque by buses, accompanied by health facilities.

The General Presidency for the Affairs of the Grand Mosque and the Prophet's Mosque completed its preparations to receive the Umrah performers, applying the highest precautionary measures, in cooperation with the competent authorities, as it recruited no less than (1,000) employees to follow the rituals of Umrah in the Grand Mosque.

The General Presidency for the Affairs of the Grand Mosque and the Prophet's Mosque has placed thermal cameras, to keep the Two Holy Mosques free of COVID-19. — SPA