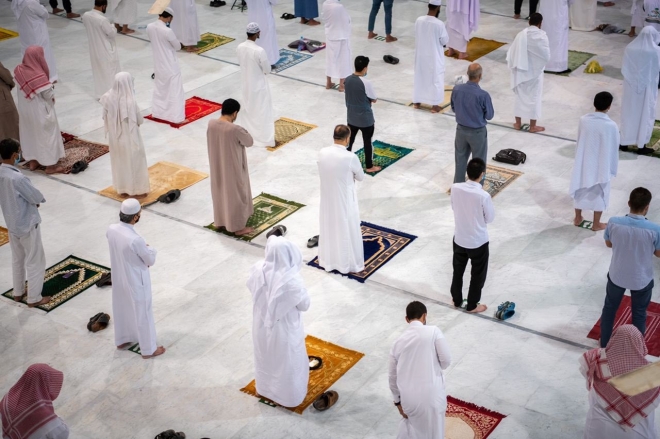 Saudi Arabia has begun allowing its citizens and residents to perform Umrah rituals at 75 percent capacity as part of its second phase of gradual resumption of visits, state news agency SPA reported.

The second stage allows for prayers in the Grand Mosque and the Prophet's Mosque in Madinah.

According to the plan drawn up by government agencies, the second phase of the resumption of Umrah will allow up to 15,000 Umrah performers and 40,000 worshipers or about 75 percent of the capacity in consideration of health protocols to prevent the transmission of coronavirus.

Each group of pilgrims is allocated only three hours to complete the rituals of Umrah, SPA reported.