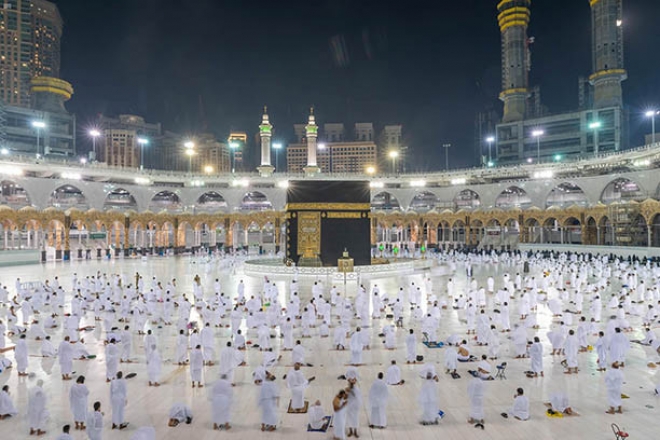 Three umrah (minor haj) pilgrims from Indonesia have tested positive for COVID-19 following a swab test at a hotel in Mecca, the Association of Indonesia Haj and Umrah Organizers (Amphuri) reported on Thursday.

“The test results came back negative for most of the pilgrims, except for three of them,” Amphuri umrah division head Zaky Anshary said as quoted by kompas.com on Thursday.

The infected pilgrims are being quarantined for seven days following the Saudi Arabian Health Ministry’s policy for infected patients.

Other pilgrims who tested negative are allowed to continue on their umrah pilgrimage. A report from Amphuri shows that as many as 224 umrah pilgrims from Indonesia departed to perform miqat on Wednesday.

Zaky also reported that all umrah pilgrims from Indonesia had performed swab tests on Tuesday. He explained that health officers went to the hotel at 6 p.m. local time. Zaky also stated that the program was listed on the health declaration form, which is required to be filled out by umrah pilgrims.

Last week, Saudi Arabia announced the reopening of Mecca starting on Nov. 1 for Muslims who wished to perform umrah. The kingdom started relaxing its restrictions after closing its border to international pilgrims in March following the outbreak of the COVID-19 pandemic.

As a result of Saudi Arabia’s decision to reopen Mecca, hundreds of Indonesian pilgrims departed for umrah on Sunday.

According to Zaky, Saudi Arabia currently only allowed pilgrims from Indonesia and Pakistan to enter the country for the time being. He also said the consulates general and the haj consul of the Indonesian Consulate General in Jeddah greeted the Indonesian pilgrims.

“Everything is based on health protocols. The plane was not at full capacity and anyone caught taking off their masks would get a warning,” Zaky said.

Unlike the haj, for which there are specific dates based on the Islamic lunar calendar, umrah can be performed at any time of the year. It attracted 19 million Muslims to the holy cities of Mecca and Medina for haj and umrah last year.

Indonesia sent the second-largest number of umrah pilgrims last year with 443,879 arrivals, according to the Saudi Haj and Umrah Ministry.

According to the Foreign Ministry, 1,758 Indonesians abroad have contracted COVID-19. Among them, 1,280 have recovered, 155 have died and 323 are still being treated in various countries.