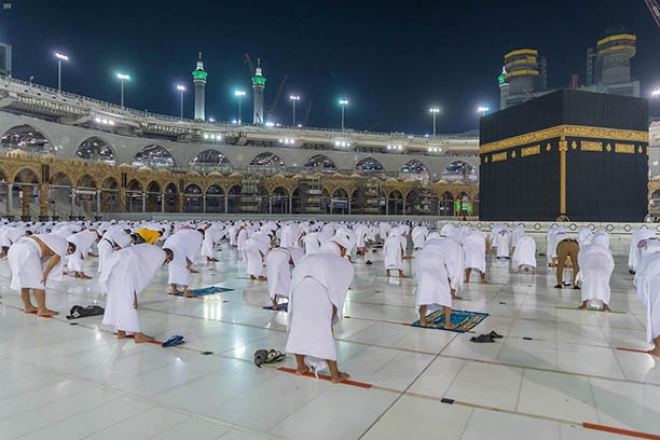 Endang stated that the test was mandated by the General Authority of Civil Aviation (GACA) in Saudi Arabia to detect positive COVID-19 cases among the pilgrims.

“I am referring to a circular from the GACA; it states that [pilgrims] are required to take a swab test in Saudi Arabia before they return to Indonesia,” Endang said as quoted by kompas.com on Friday.

The kingdom also named 10 to 12 hospitals for Indonesian pilgrims who want to take a swab test.

However, the test will only be conducted individually, which means each pilgrim has to visit a hospital to take the test.

Aside from getting swab tests directly at the hospital, the kingdom also provides another option, where health workers come directly to the pilgrims’ location.

Endang stated that each pilgrim was required to show their swab test result prior to their departure for Indonesia.

Last week, Saudi Arabia announced the resumption of umrah trips to Mecca for Muslims from around the world starting on Nov. 1. The kingdom had closed its borders for international pilgrims in March over coronavirus fears and even limited the Islamic ritual for its own citizens.

Some 317 Indonesian pilgrims arrived at King Abdul Aziz International Airport in Jeddah on Nov. 2, the second group to arrive after Pakistanis.

“Based on information we received from the Religious Affairs Ministry’s Umrah Guidance Directorate, umrah pilgrims are required to take a swab test before flying back to Indonesia,” Zaky said.

“We urge all pilgrims who return to Indonesia to take a test and undergo quarantine to reduce the [COVID-19] transmission risk,” he said.

Unlike the haj, for which there are specific dates based on the Islamic lunar calendar, the umrah can be performed at any time of the year.

It attracted 19 million Muslims to the holy cities of Mecca and Medina for haj and umrah last year.

Indonesia sent the second-largest number of umrah pilgrims last year with 443,879 arrivals, according to the Saudi Haj and Umrah Ministry. Haj and umrah tour operators in the country can send around 1,500 pilgrims for umrah trips every day, with the most affordable package costing around Rp 20 million ($1,400) per person.

As of Saturday, according to the Foreign Affairs Ministry, 1,774 Indonesian abroad have tested positive for COVID-19; 1,280 of them recovered have and 155 have died, while 339 are still under treatment/isolation.