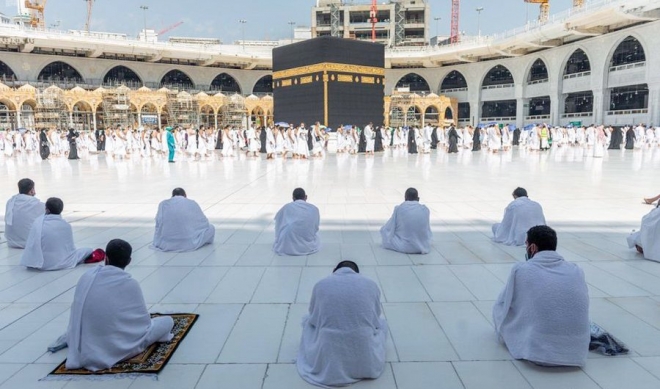 MAKKAH: Crowd management at the Grand Mosque has been organizing the flow of worshippers and pilgrims to and from the mosque, in coordination with the General Presidency for the Affairs of the Two Holy Mosques and other authorities.

The management has taken several measures to ensure pilgrims can perform Umrah in ease and peace. It is also taking into consideration the precautionary and preventive measures adopted by the presidency.

Since the start of the Umrah season, the management has organized the arrival and departure of 920,000 worshippers and 408,000 Umrah pilgrims to the mosque, representing 75 percent of total capacity.

The administration has been following up on anything hindering the movement of crowds and searching for solutions, in coordination with the presidency and security bodies.