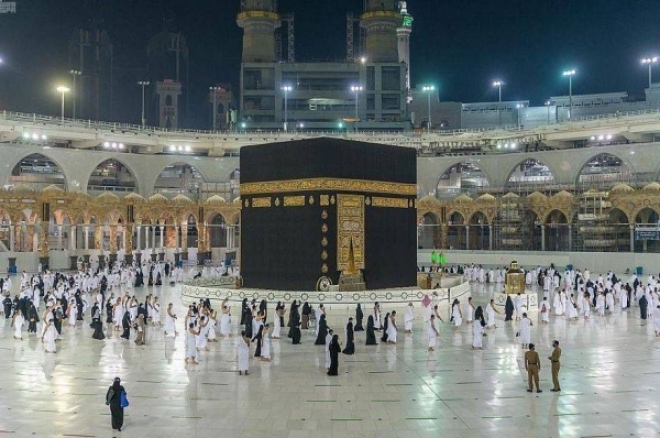 MAKKAH — The Ministry of Hajj and Umrah has set five foreign agents for each Umrah service providing company in every country from where pilgrims are coming.

The ministry will consider increasing the number of foreign agents if the situation warrants it, according to the ministry sources.

Mazen Darar, a member of the Makkah Chamber of Commerce and Industry, said that the mechanism for the interaction between the Umrah companies and their foreign agents would almost be the same as in the past.

Under the mechanism, foreign agents will be in charge of making the reservation for the Umrah package and completing the procedures of issuance of Umrah visas while other functions are to be carried out by the Umrah companies.

He said that more mechanisms and health protocols were added to the Umrah pilgrimage in the ongoing third phase of the gradual resumption of Umrah service. Under this mechanism, group supervisors and health practitioners must accompany the pilgrims in all phases of the pilgrimage and visits to the Two Holy Mosques since their arrival in the Kingdom and until their departure.

The Umrah package for each pilgrim must include a housing facility for the 3-day quarantine period immediately after arrival in the Kingdom; transportation service from the entry ports and the accommodation; full insurance service and field service such as transportation between Haram and accommodation and meeqat, with one leader and a guide accompanying each group.

The duties of the Umrah service providers and their foreign agents include giving proper awareness to the pilgrims about full compliance to the coronavirus precautionary measures and preventive protocols from their arrival until departure.

They also need to verify the authenticity of all the passport data entered in the Umrah service system, informing pilgrims to remain in 3-day medical isolation in the hotel or residential facility where they were given accommodation after their arrival, and dividing the pilgrims into groups, with each group having 50 members and appointing one leader and a guide for each group.

Umrah service providers are responsible for following up the provision of all the services guaranteed in the Umrah package to the pilgrims, including transportation, accommodation, meals, insurance, and field services.

Foreign pilgrims were allowed to perform the pilgrimage with the beginning of the third phase of the gradual resumption of Umrah service and visits to the Two Holy Mosques from Nov. 1. The first batches of foreign pilgrims who came from Indonesia and Pakistan stayed in their hotels in Makkah for three days as part of medical isolation after their arrival in the Kingdom. The successive batches also followed suit.

In the third phase, a total of 20,000 Umrah pilgrims and 60,000 worshippers are being allowed entry to the Grand Mosque in Makkah on a daily basis. The pilgrims will perform their rituals in groups. The Ministry of Hajj and Umrah stated that it has set 10 days as the maximum period of stay for foreign pilgrims in the Kingdom. The period available for reservation through Eatmarna application is up to Dec. 31.

According to the protocols issued by the ministry, the age of foreign pilgrims shall be between 18 and 50 years and they must remain three days in quarantine at their accommodation in Makkah after their arrival in the Kingdom. The regulations stipulate that pilgrims must have a PCR medical test certificate showing that they are free from coronavirus, issued by a reliable laboratory in their country, not more than 72 hours from the time of taking sample until the time of departure to the Kingdom.