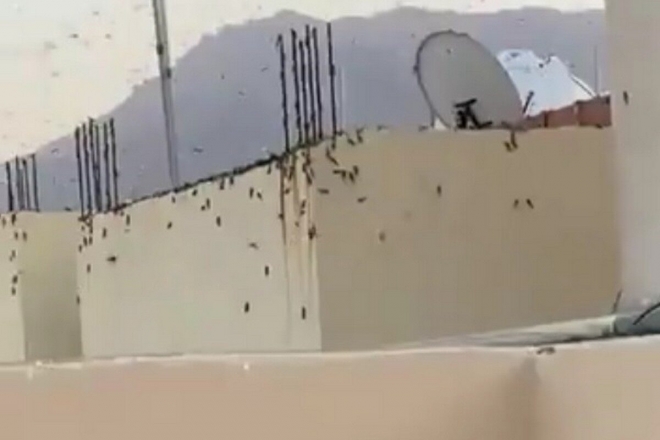 Saudi Arabia has announced that it has controlled and eradicated a swarm of locusts in the holy city of Makkah. Such infestation is a problem that has plagued the Kingdom in recent years.

According to Saeed Jarallah Al-Ghamdi, the Director General of the Ministry of Environment, Water and Agriculture, teams of workers used insecticide on the locusts yesterday.

In footage posted on social media, the locusts can be seen swarming within the city and shocking residents and locals.

The locusts reportedly swept through the centre of Makkah from the north of the city, before being controlled and stopped in the east of the city.

Locusts can be devastating for agricultural areas by destroying crops. They have become an increasing problem for the municipality of Makkah over the past few years. In January last year huge swarms also invaded the holy city and made much of the Islamic sanctuary inaccessible while the authorities set about controlling them.

Swarming locusts have also been an issue for the region as a whole, especially Egypt the following month and then Jordan in later months.