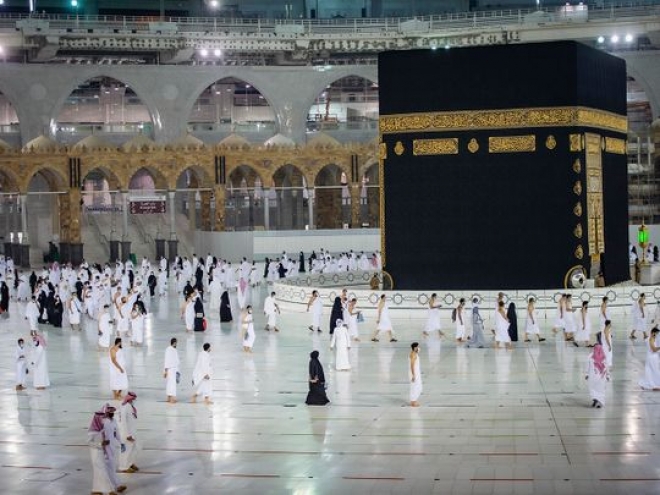 Saudi authorities have designated two tracks for the elderly and physically challenged worshippers to perform circumambulation around the Holy Kaaba in Mecca, according to a local newspaper.

The step was taken by the General Presidency for Affairs of the Grand Mosque and the Prophet’s Mosque in porter to help those segments of worshippers perform the ritual comfortably, news portal Ajel reported.

The first track is 155 metres long and can accommodate 45 carts. It takes 10 to 15 minutes to perform the ritual circumambulation on this track.

The second track, closer to the Kaaba, is 145 metres long and has been allocated for the old people, who do not need carts. It has the capacity of 50 persons in one time, the report said.

In October, Saudi Arabia launched a plan for gradual resumption of the Umrah or minor pilgrimage after suspension of around seven months due to the new coronavirus outbreak.

The first phase of the plan allowed 6,000 Umrah pilgrims from inside the kingdom per day.

The second went into effect on October 18, allowing about 40,000 worshippers and 10,000 pilgrims a day into the Grand Mosque. As many as 20,000 Umrah pilgrims and 60,000 worshipers per day are allowed to perform prayers at the mosque, according to the current third phase.