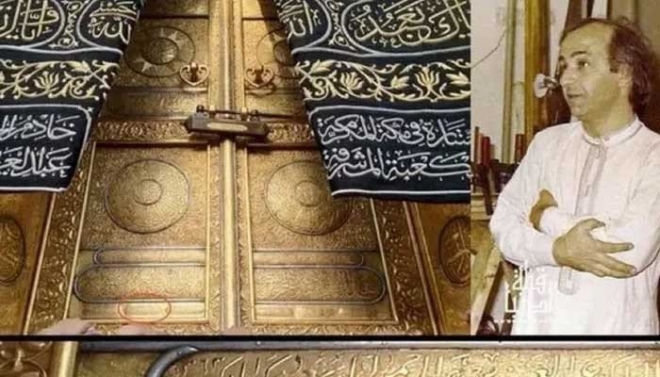 Muneer Al Jundi, an engineer who designed the door of the Holy Kaaba, passed away in Stuttgart, Germany on Wednesday.

Engineer Al Jundi also has the honour of having his name inscribed on the door of the Kaaba as a designer.

Al Jundi designed the door of the Holy Kaaba by the order of King Khalid bin Abdul Aziz.

King Khalid had ordered the construction in 1397 AH using pure gold and the engineer, who belonged to Syria, was selected for the job.

The door was designed at the factory of Sheikh Mahmood Bin Badar, a leading goldsmith in Makkah.