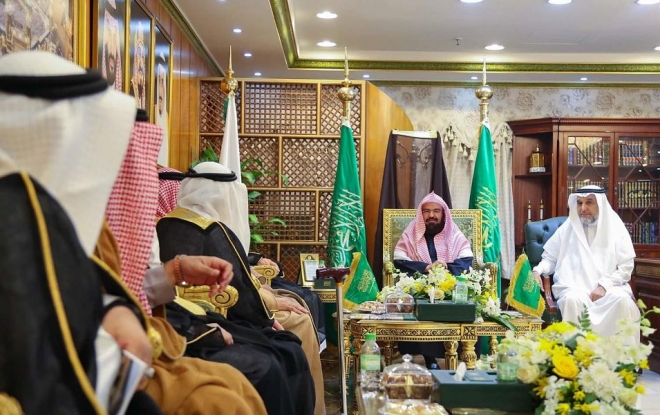 The academy seeks to reject and fight extremist and extraneous thoughts that have nothing to do with Islam, promote mediation and moderation in all aspects of life, and ensure proper behavior based on the Qur’an and the Sunnah, the traditions and practices of Prophet Muhammad.

It also aims to correctly build the thoughts of Muslims, promote a sense of citizenship within society, consolidate the culture of dialogue, protect minds against confusion and doubt, and identify devious doctrines and misleading thoughts.

“Security, in its global sense, is a main requirement for every nation, as it is the foundation of its stability and the basis of its safety and reassurance,” the head of the General Presidency for the Affairs of the Two Holy Mosques, Sheikh Dr. Abdulrahman Al-Sudais, said at the inauguration. “It is like the head of a nation’s body. This is due to security’s close connection with the nation’s identity and civilized personality, making it indispensable. This Ummah’s intellectual security means that Muslims can live in their society safely and reassured when it comes to the components of their personality and the distinction of their culture and intellectual system, which is derived from the Qur’an and the Sunnah.”