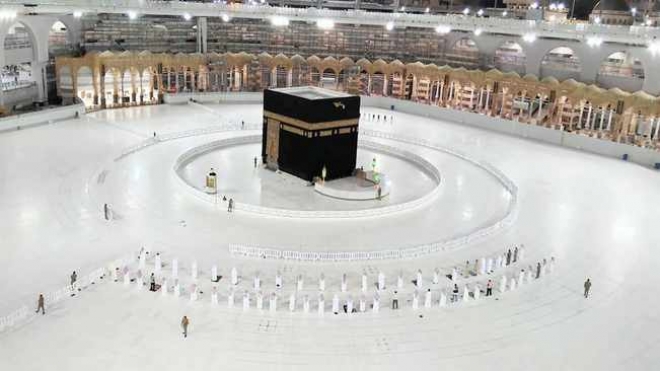 It said its action was merely to spur action, and not to cause hostility among any parties.

Last year, the annual pilgrimage (Hajj) to Makkah, Kingdom of Saudi Arabia (KSA), was suspended due to the Covid-19 pandemic, with deposits (some full) already paid to travel operators, for packages inclusive of flights and accommodation.

The Hajj pilgrimage typically lasts for 10 days, however, South African Muslims tend to stay for a period of up to six weeks. The last pilgrimage commenced around July 28, 2020.

In a statement released last week, the de facto Hajj regulator, Sahuc, identified six accredited operators who have yet to fully refund the would-be pilgrims, known as Hujjaj, and said it would take legal action should this not be completed by February 20.

It said that the majority of Hajj operators however have refunded the Hujjaj.

Sahuc president, Shaheen Essop said: “The number of operators have not changed. Two operators are waiting for funds to come through from KSA. We still left them on the list, until it is resumed.”

Essop said Sahuc would not reveal how much money was outstanding.

“This statement wasn’t put out to cause friction between Sahuc and the travel operators. We were just alerting the public. Our main purpose of this whole exercise is that these Hajj operators shouldn’t have waited until the eleventh hour, it is our only issue in this regard.”

He said not all pilgrims had requested their money back, but a handful had as the need increased due to the Covid-19 pandemic. Essop said they are also inundated with emails from Hujjaj stating there was poor or no communication with travel operators.

Sahuc has also appealed to those who have not received their payments by February 20, to email them on info@sahuc.org.za

Meanwhile, in response to Sahuc’s statement, the SA Muslim Travel Operators Association (Samtoa) said most hoteliers and suppliers in the KSA, have not refunded operators for money paid to secure packages for 2020.

Samtoa represents 24 Hajj operators in total, with four of its members listed by Sahuc.

“We have been assured by the hoteliers and suppliers that the monies of Hujjaj are intact and that hotels are ready to be used as and when the Hajj and Umrah season is opened by the Saudi Authorities for South African pilgrims,” read the statement.

It said operators were not holding on to any funds and that money had been paid to the KSA last year.

“Ironically, when the issue of refunds occurred in early 2020, Sahuc had assured Hajj operators that they will work with Dirco and the Ministry of Hajj and Umrah in KSA to assist Hajj operators to get monies refunded.

“It must be noted that their efforts have largely been unsuccessful. We inform the public that any legal action that Sahuc now threatens, will be firmly opposed by Samtoa and its members.”