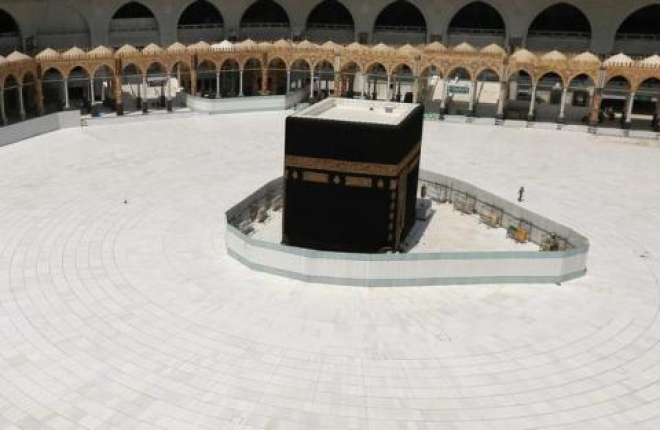 Saudi Arabia is meticulously preparing for the advent of Islam’s holy month of fasting, Ramadan. The kingdom is also monitoring the latest developments in plans for organizing the upcoming Haj pilgrimage season.

Over 95,000 foreign Umrah pilgrims have traveled to Saudi Arabia to date.

A virtual seminar focused on Saudi efforts for serving Haj and Umrah pilgrims during the coronavirus pandemic was attended by a number of senior officials that included Asir Governor Prince Turki bin Talal.

Ministers and officials who partook in the event hailed Saudi Arabia’s ability to secure and provide comprehensive care for visitors and pilgrims despite the challenges facing the world today.

In his opening speech at the symposium, Medina Governor Prince Faisal bin Salman confirmed that Saudi Arabia, since its inception, has shown keenness and dedication to providing visitors and pilgrims with ultimate care.

He also noted that Saudi Arabia’s proactive and preventative measures, that included suspending Umrah, have proved successful in stemming the spread of the coronavirus at a time when most countries were struggling with the pandemic.

Prince Faisal noted that restrictions are now being eased, and that pilgrims began to flock to the kingdom once again.

Addressing the symposium on the Kingdom’s efforts in serving pilgrims and visitors, Minister of Hajj and Umrah Muhammad Saleh Benten said that his ministry is working on operational plans to welcome the month of Ramadan and studying the developments related to the next Hajj season with the concerned authorities.

“The technological programs have contributed to facilitate the performance of rituals in a professional and orderly manner, as well as to follow up the reports and indices related to performing Hajj and Umrah and harnessing them to unify and develop accurate plans for the coming Ramadan,” said Benten.

“The programs will also help, in addition, to carrying out studies about the health-related developments that the ministry is working on with the participation of the General Presidency for the Affairs of the Two Holy Mosques and all government agencies involved in serving visitors,” he added.