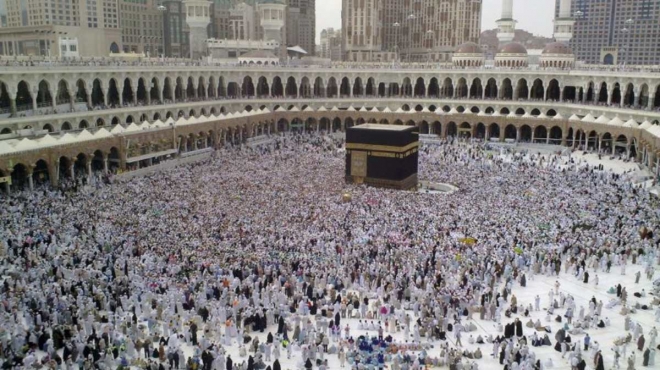 New Delhi: The Narendra Modi government is “fully prepared” to send Haj pilgrims to Saudi Arabia and ready to even vaccinate all of them, but there has been no official communication from the Arab nation so far.

Although the Haj Committee of India — the nodal agency coordinating the pilgrimage under the Ministry of Minority Affairs — had earlier said that a negative RT-PCR Covid-19 test in the last 72 hours will be required for the pilgrims and only those aged above 50 years will be vaccinated, the government is ready to vaccinate all pilgrims if Saudi Arabia wants all visitors to be vaccinated.

“We have spoken to the health ministry about vaccinations. Once Haj dates are out and the number (of pilgrims) is finalised in the bilateral agreement, we can get vaccinations done even for those under 50 (years of age),” Mukhtar Abbas Naqvi, Union Minister for Minority Affairs, told ThePrint.

The final modalities of Haj 2021 will include the annual bilateral agreement that is signed between the two countries for the pilgrimage and the quota that comes from the Saudi government on the number of pilgrims sanctioned.

Haj was cancelled last year due to the Covid-19 pandemic. The pilgrimage is scheduled  this year from 17-22 July.

Meanwhile, due to the absence of any communication from the Saudi government, preparations for the pilgrimage have been halted, said Haj Committee of India officials.

“But we need the Saudi government to give us the sanctioned quota of the final number of people who will be allowed so that we can coordinate socially distanced accommodations for Hajis as well as vaccinations and flights with the health and civil aviation ministries. This can only be done once the bilateral agreement is signed,” he added.

All arrangements in Saudi Arabia are done by the Consul General of India in Jeddah under the Ministry of External Affairs.

Air travel arrangements are done under the overall supervision of the Ministry of Civil Aviation. The health ministry will provide vaccines and assistance in all health and medical-related issues.

“So vaccination or willingness from Hajis are not issues from India. The only issue is international flights and accommodation. Once they declare the quota, then we can do our further arrangements with the health ministry and civil aviation ministries” added Khan.

The guidelines for the pilgrimage were released in November last year, which included an age cap as well as a higher Haj fee.

“These 58,000 applications have been finalised to include those who are ready to abide by the Covid protocols that we have instituted. This includes an age cap of 18-65 years, no children, etc,” said Khan.

“But these are our own considerations. Saudi officials have not given their protocols or sent an invitation for the bilateral agreement. All they are saying Haj will be according to normal,” he added.

To ensure social distancing in terms of accommodation, flights and vaccinations for all Haj pilgrims, the Haj Committee of India will need intimation from Saudi Arabia as soon as possible.

“If they announce by 17 May, then we will have two months to get everything done,” said Khan.

“These things take time, but these are abnormal times and we will manage even in a short period of time,” he added.

While Indian embassy officials in Jeddah have been meeting Saudi government officials, it has been nearly 20 days since the last meeting.

“The last meeting was on 4 February. After that we haven’t got any word of any meeting or any invitation for the bilateral agreement,” said Khan.

However, the Minority Affairs Ministry is hopeful that the agreement will be finalised soon.

“Saudi Arabia is a friendly country. We want Haj to take place this year as last year we couldn’t do it due to the pandemic,” said Naqvi.

“Last year, the bilateral agreement was done in December (2019) itself (for 2020 pilgrimage). We are waiting for the bilateral agreement and are hopeful that it will be done anytime now. The Saudi government is looking at the health and well-being of its people, which might explain the delay. But as far as India is concerned, we are fully prepared,” he added.