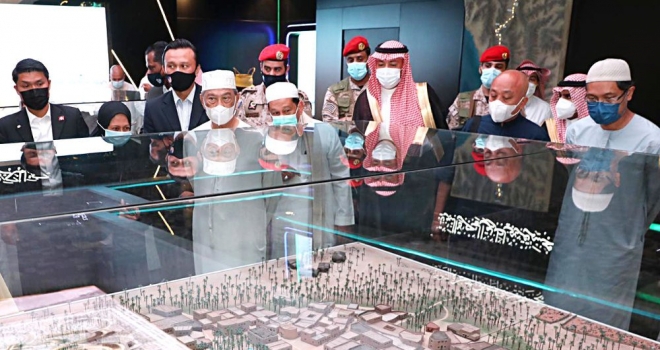 Malaysian Prime Minister Muhyiddin Yassin on Tuesday visited the International Museum of the Prophet’s Biography and Islamic Civilization in Madinah. He appreciated the efforts of the Saudi leadership in serving the two holy mosques and taking steps for the preservation of Islamic heritage.

The museum is operated by the Muslim World League and aims to present the message of an Islam of justice, peace, mercy, tolerance and moderation.

The dignitary visited different sections of the museum and took keen interest in various items on display depicting the life of Prophet Muhammed.

There are seven languages available to visitors — Arabic, English, Spanish, Urdu, French, Turkish and Indonesian. It also includes a 4DX theater, which screens a series of films about the Prophet’s life.

Another pavilion uses 3D, virtual-reality, and augmented-reality technology to reconstruct and describe many of the Prophet’s personal possessions, including details of his furniture, clothing, footwear and even his comb.