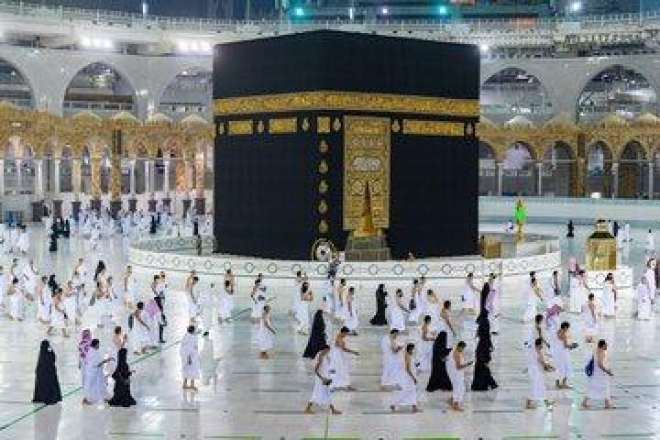 KABUL (Pajhwok): The Ministry of Hajj and Religious Affairs says the fate of the upcoming hajj pilgrimage is still unknown and neither the Saudis have announced it.

Due to corona epidemic in the world, the Hajj pilgrimage in Saudi Arabia was very limited last year and only a few thousand Saudis were allowed to perform the hajj.

Millions of Muslims from all over the world would perform the hajj in Saudi Arabia every year.

Fazal Mohammad Hussaini, spokesman for the Ministry of Hajj and Religious Affairs and director of broadcasting, told Pajhwok Afghan News that the Saudi government would send delegations from Islamic countries to Saudi Arabia every year to discuss Hajj and other issues.

He said the delegations would sign contracts with private companies in Saudi Arabia for transport, accommodation and food of pilgrims.

According to Husseini, the countries concerned would also work on the transfer of pilgrims, vaccinations, flights and other things.

He said no contact had been made with Afghanistan or other Islamic countries by the Saudi government so far nor had they made a final decision.

The spokesman added: “Looking back to the past few years, the process should have been started before Ramadan, but so far nothing has been done in this regard.”

He said, there are fears that the Hajj will not be held again this year or will be limited.

He said although the time was short, Saudi Arabia could make a decision in this regard and the Afghan Ministry of Hajj and Religious Affairs was ready to do its work as soon as possible.

Ahmad JavedMujaddedi, Afghanistan’s ambassador to Saudi Arabia, said the government had not yet made a final decision on the Hajj.

He added that the second wave of corona in Saudi Arabia was controlled and only 10 to 20 people a day were infected, but in the last two weeks the number of corona patients has once again reached hundreds every day.

“I contacted the Saudi Hajj minister a few days ago and he said they were waiting for a decision from the health ministry,” Mujaddidi said.

The Afghan ambassador said he was in touch with Saudi officials and would keep the country informed of any new decisions.