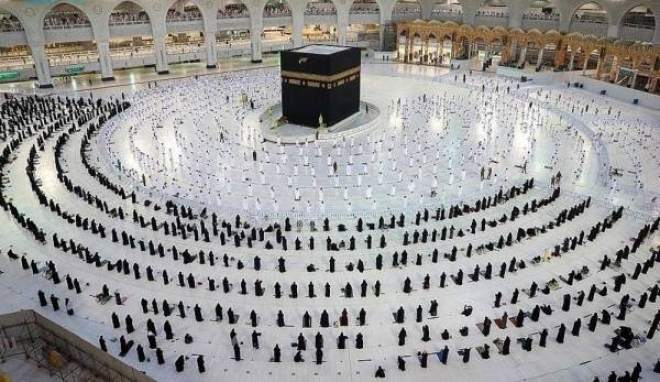 MAKKAH — The General Presidency for the Affairs of the Two Holy Mosques managed the entry and exit of nearly 1,500,000 worshipers and Umrah performers at the Grand Mosque since the beginning of the holy month of Ramadan until the 10th day.

The director of the general department for crowds management at the Grand Mosque Eng. Osama Al-Hujaili confirmed that the Presidency has harnessed its operational capabilities to serve Umrah performers during the holy month of Ramadan.

This they have done by allocating the Mataf courtyard for Umrah performers and managing the entry and exit process, and creating paths for the elderly and people with disabilities. He called on Umrah performers to adhere to the times issued to them through Eatmarna app, wear a mask, and adhere to physical distance.


⇐ Previous:
Saudi winner of 1 mln riyals hajj crowd management prize plugs gap in use of big data and AI
Next: ⇒
How to perform Umrah this Ramadan