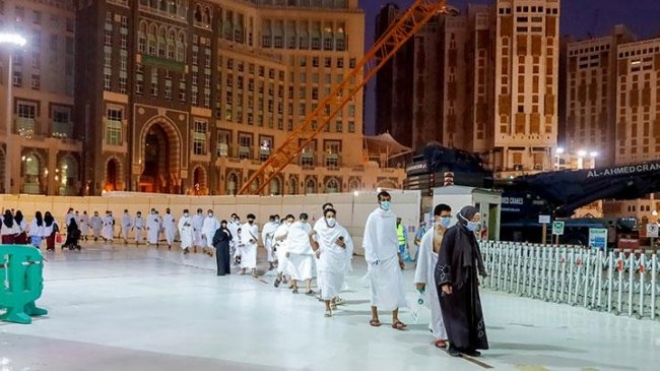 Jakarta - Religious Affairs Deputy Minister Zainut Tauhid Sa'adi asked the public, particularly prospective pilgrims, not to fall for hoaxes about the hajj pilgrimage. He appealed to would-be pilgrims to have patience as there is no certainty regarding this year’s implementation from Saudi Arabia to date.

“I assert this to all parties, do not develop misleading issues that prevent the public from getting the correct information,” said Zainut on Monday, May 3, 2021.

He received reports that false news was rampant among the society, including about the hajj cancellation for Indonesian pilgrims because Sinovac vaccines used in the archipelago have not been yet registered by the World Health Organization (WHO).

Other issues include payment arrears for hajj accommodation so that the Saudi authority did not allow pilgrimage from Indonesia and the trial case involving an Indonesian national.

The three issues, Zainut went on, were always linked to the hajj cancellation for Indonesian pilgrims, while in fact, the hajj implementation remained uncertain because of the Covid-19 pandemic.

“There is no departure purely because of the Covid-19 situation. We urge the public not to believe [those hoaxes] which make the situation worse,” he added.

Previously, Zainut asked would-be pilgrims to be ready for any decisions. The Indonesian government, he added, is still waiting for confirmation of this year’s implementation from the Saudi Arabia government.


⇐ Previous:
Hajj to be held this year with ‘special conditions’
Next: ⇒
Umrah pilgrims from outside Saudi Arabia can apply to Makkah hotels without using travel agents