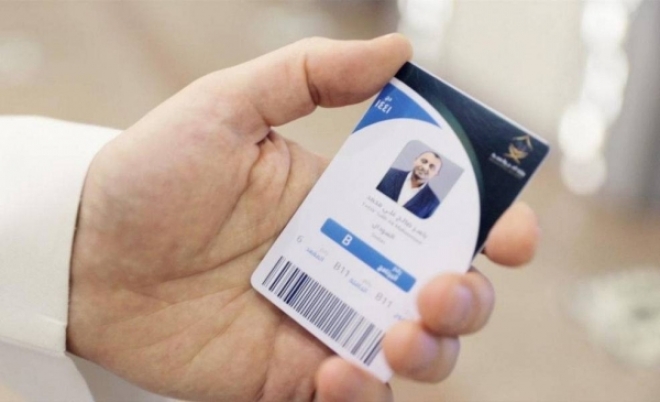 MAKKAH — Foreign pilgrims use their Hajj smart cards for teller services. The card will allow pilgrims coming from abroad to transfer money from their bank accounts in their respective countries.

The smart card will enable the pilgrims to use it as a payment card to buy things in the Kingdom as it will be operational on Saudi Arabia’s Mada network.

Foreign pilgrims can benefit from these services until next year’s Hajj, as this year’s Hajj is restricted to only domestic pilgrims. The new facilities and services will be available on the smart card in the second phase of its implementation featuring added services.

The smart card was used during the Hajj season of 2019 on an experimental basis, with the distribution of 50,000 cards among a section of pilgrims.

The Ministry of Hajj and Umrah launched the first phase of the smart card in December 2020 and it will be activated for the first time, covering all pilgrims during the upcoming Hajj season.

The first phase linked operations and services of all sectors under the ministry. Major features of the first phase included the issuance of smart identification cards for each pilgrim containing his personal, medical and residential information.

The smart card would be instrumental in guiding pilgrims to their accommodation at the holy sites and enables them to have access to various facilities and services. It will also be instrumental in preventing illegal Hajj pilgrimage.

The card is considered to be one of the outcomes of Vision 2030 initiatives, and the implementation of the initiative proved to be a successful model for the application of technologies in serving pilgrims.

The smart card operates by means of Near-field communication (NFC), which is a short-range wireless connectivity technology that lets NFC-enabled devices to communicate with each other. It also enables the card to be read through the Kiosk self-service devices deployed at the holy sites, and the card contains a barcode that is read by workers to know the pilgrim’s data. The card will be administered through a unified center to control all services.

Emir of Makkah Prince Khaled Al-Faisal, who is also the adviser to Custodian of the Two Holy Mosques King Salman, had recently awarded the Makkah Award for Excellence in Hajj and Umrah Services to the ministry in appreciation of its efforts during the coronavirus pandemic as well as for implementing the smart Hajj card project.

Acting Minister of Hajj and Umrah Dr. Essam Bin Saad said that the ministry won the Makkah Excellence Award for its efforts during the pandemic and its use of modern technology and applications aimed at further improving the services of Hajj and Umrah pilgrims, worshipers and visitors, including the Hajj smart card project.

The award also confirms and shows what the concerned authorities in the Kingdom have done in serving the pilgrims, he said while thanking all those who have contributed to achieving this success and distinction, including the ministry officials as well as its various branches, the acting Hajj minister added.