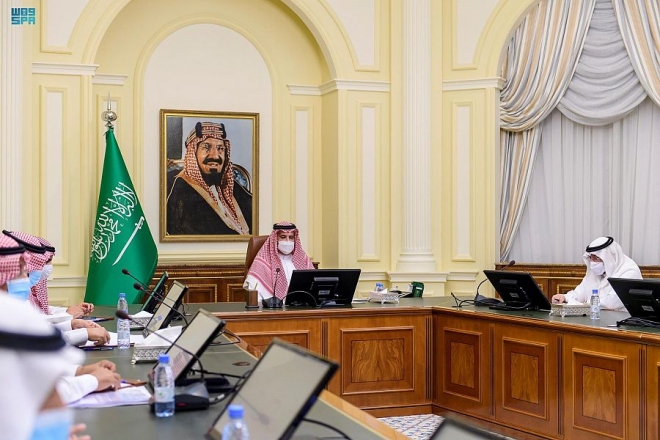 Prince Faisal bin Salman, the governor of Madinah region, has tasked all agencies involved with Hajj to review and enhance their preparations for welcoming pilgrims to the Prophet’s Mosque, and to other mosques and Islamic sites in the region.

He said his call is based on directives from the Saudi leadership designed to ensure that all possible efforts are made to help pilgrims and provide the services they require.
The prince was speaking as he presided over a meeting to provide updates on Hajj preparations by the authorities, along with developments in the health situation in the region.

He highlighted the need to follow up on preparations for a field hospital in the courtyards of the Prophet’s Mosque, which will provide medical services until the new Al-Salam Hospital, close to the mosque, is fully operational. Prince Faisal said the hospital will enhance the health services provided to worshipers and visitors. The construction of Al-Salam Hospital for Emergency and Critical Care in Madinah was announced by the Ministry of Health in October last year. It will have a capacity of 61 beds.

The prince said authorities will continue to develop and expand health infrastructure in the Madinah region in line with the increased numbers of visitors expected in the post-pandemic era.

He was also briefed during the meeting on the efforts made by the authorities to implement precautionary measures designed to prevent the spread of the coronavirus, along with the latest figures for violations of the regulations discovered by inspections. He praised the work that has been done to combat the pandemic and control the spread of COVID-19 in the region.

Mohammed Al-Khilawi, the director of health affairs in the region, told the meeting that the number of coronavirus infections in Madinah has decreased. He added that the intensive-care departments at Al-Madinah Al-Munawwarah General Hospital have resumed operating at full capacity after resolving technical problems that caused them to suspend the admission of patients.