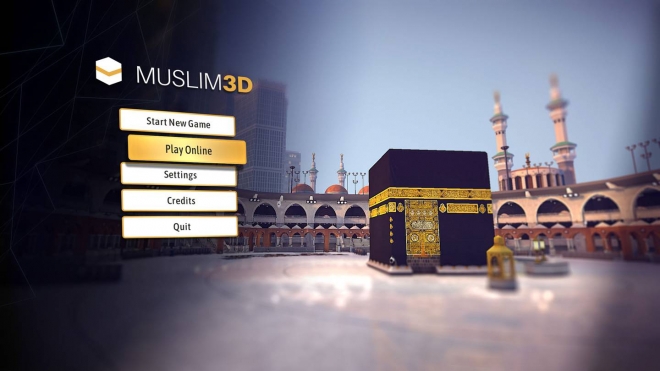 From health checks to classrooms, the sweeping digital transformation of the past year has permeated every area of our lives, and religion is no exception.

While the annual Hajj pilgrimage to Makkah in Saudi Arabia has been drastically scaled back for the second year running, due to the pandemic, a growing library of software is giving Muslims a digital opportunity of spiritual connection with the holy sites.

This new category of apps aims to recreate the experience of visiting the holy city and its sites through digital simulations.

In 2019, Bigitec Studio, a German developer of several Islamic-focused apps, including Muslim 3D, released a virtual demo of the Great Mosque in Makkah. The mosque surrounds the Kaaba, the sacred cube-shaped building.

The subsequent closure of the Great Mosque due to Covid-19, boosted the popularity of the app, which has now been downloaded more than a million times.

The latest version of Muslim 3D is scheduled for release in September and will include a free play mode, where users can explore other major holy sites normally visited during Hajj, including Mount Arafat, Mina and Muzdalifah.

The brainchild of former app store coder, Bilal Chbib, Muslim 3D began as a passion project to create alternative games for Muslims that were in line with their religion’s values.

His brother and Bigitec Studio co-founder Muhammad Chbib told The National the digital walk-through experiences they are creating are not, however, meant to replace the actual pilgrimage.

“I don't think this will ever replace the real experience, and this comes from someone who's done the real experience. This is something that is life changing,” said Muhammad Chbib, a seasoned entrepreneur based in Dubai, who is in charge of business development for Muslim 3D.

The focus is instead on a gamified experience that can serve as a rehearsal for a future visit or provide an “emotional experience”.

Before Covid-19 swept across the world, more than two million pilgrims from around the globe would undertake the Hajj every year. This year, the numbers have been limited to 60,000 residents of Saudi Arabia.

Even before the pandemic, the majority of the 1.8 billion Muslims worldwide did not journey to Makkah.

Worshippers are exempt from the once-in-a-lifetime religious obligation due to physical or financial limitations. Those who are willing and able to go also need to apply for a special permit. These are limited in number.

This realisation prompted UK-based Labbaik VR to expand beyond the online training they were offering pilgrims.

Last year, the company developed a mobile app, Wuzu, which gave a high-resolution virtual reality tour of the Kaabah.

“Our models are drawn to scale and very precise, so you actually feel like you’re really in the place,” chief executive Shehriar Ashraf told The National.

That makes it really exciting for us to allow people who might never have the privilege of doing Hajj to at least come close.

But it is not a replacement for the real experience, Mr Ashraf stresses.

“I don't think that Hajj can ever be replaced but I think that this can give you the same emotional and spiritual connection and hopefully improve a few lives.

“And if that happens, then we've done our job.”

Labbaik VR has since developed a full Hajj tour in augmented reality for smartphones but wants to develop a more immersive and engaging experience of the same on virtual reality.

“We're hoping to take it to a place where people can come and not just perform the Hajj and Umrah [pilgrimages] but also as a place for connection with other people,” Mr Ashraf said.

He plans on adding historical information and story narratives to his product development.

Labbaik VR has just finished developing a complete Hajj training app for Saudi Arabia’s Ministry of Islamic Affairs, which should be launched before this year’s pilgrimage begins on July 17.

Muslim 3D developer Bigitec is also developing “edutainment” products that, as the name suggests, both educate and entertain.

“We had so many conversation about the youth today and why they do things that are not really in line with our Muslim values,” Muhammad Chbib said. “It's because they don't have an alternative.”

With a focus on high quality development, Muslim 3D wants to pit itself against popular games like Fortnite and Call of Duty but without depictions of Muslims as terrorists who either kill or are killed.

An expanded version of the 2019 demo will be released later this year and includes role-play experiences where users can create an avatar and roam around the holy sites.

The three-dimensional journey will include a virtual museum and library where players can learn more about Islamic heritage and even see early versions of the Quran.

Future iterations will expand on the journey to include “quests” users must fulfil to proceed in the game and eventually an online play mode for multiple users. It’s this last version that Muhammad Chbib is most excited about.

“Imagine you have family members in Australia, you’re sitting in UK and you can meet at the Hajj.

“I think there's no limit to what you can build there. But what we want to create really is a platform that is exciting, that captivates people and gets people to use it regularly.”