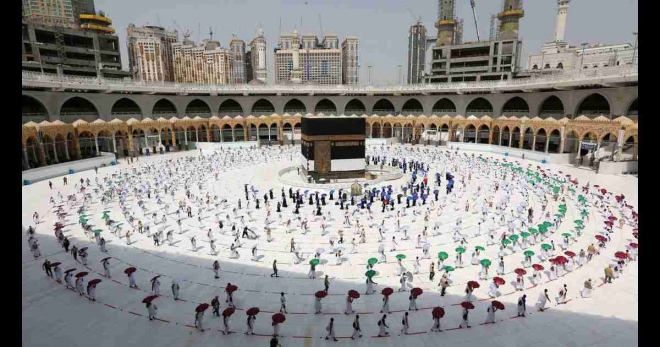 Saudi Government has announced that the translation of the Hajj sermon will be broadcasted in 10 languages including Urdu for nearly 100 million listeners.

According to the details, 25 tracks have been prepared for Tawaf for Hajj 2021. As many as 5000 workers will be working to sanitize the courtyards of Masjid Al-Haram in Makkah. The mosque is sanitized 10 times a day while 60,000 liters of disinfectants and the latest technologies are used to keep the mosque clean. The Hajj sermon will be broadcasted to facilitate Muslims belonging to different communities.

Preparations are being made to facilitate the pilgrims this year. President for the General Presidency of the Affairs of the Two Holy Mosques Sheikh Dr. Abdurrahman Bin Abdulaziz Al-Sudais and acting minister of media Dr. Majid Bin Abdullah Al-Qasabi launched the operational plan for Hajj season 1442 H (2021).

He added that this is the second Hajj pilgrimage to take place in the exceptional circumstances of COVID-19. He added that the number of Hajj pilgrims has been restricted to 60,000 from inside Saudi Arabia to ensure the rituals are carried safely.

The presidency also plans to give gifts, umbrellas, and sterilizers so that the pilgrims may perform their pilgrimage with maximum ease. The latest artificial technologies will be used to distribute water using robots and high-tech smart vehicles, in accordance with precautionary measures.

Proper medical facilities are also arranged for pilgrims. He added that the arrangements are made in line with the values of generosity and hospitality in providing services to the pilgrims.