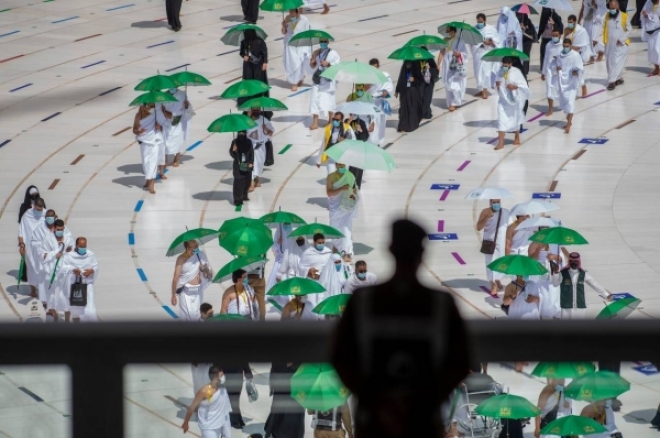 MAKKAH — There are more than 25,000 expatriates from 150 countries among a total of 58,518 men and women pilgrims who performed Hajj this year.

The number of women pilgrims stood at 25,702 while men pilgrims accounted for 32,816. This statistical information was revealed in a joint statement issued by the Ministry of Hajj and Umrah and the Royal Commission for Makkah City and the Holy Sites.

The total number of camps where the pilgrims were accommodated was 213, including 71 camps in Mina and Arafat, and 71 areas in Muzdalifah, in addition to 848 rooms in Mina towers, the statement added.