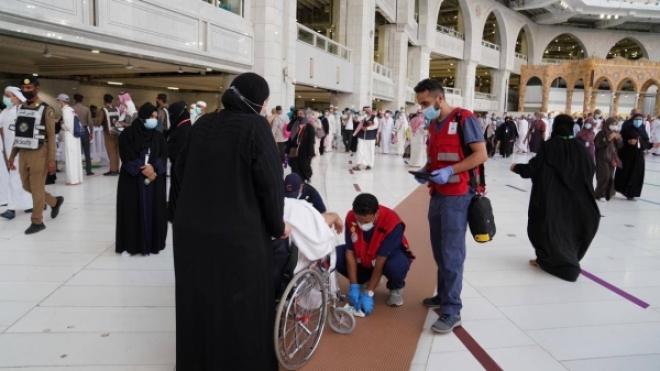 Ambulance teams stationed in Makkah city and holy sites responded to 1,269 medical and injury cases. Out of the total cases, 602 were transferred to hospitals, and 649 were attended to on the spot.

Statistic reports of the SRCA show that during the last four days, a total of 979 medical and 177 injury cases were attended to.

The central Makkah city recorded the highest number of emergency cases with 755, out of which 37 of them were reported in the Grand Mosque, 274 in Mina and 198 cases each in Arafat and Muzdalifah.

It is worth mentioning that the SRCA has 51 ambulance centers spread over holy sites in Makkah and 549 health practitioners including medical specialists and technicians, supported with more than 140 ambulances equipped with the most advanced medical instruments. — SG