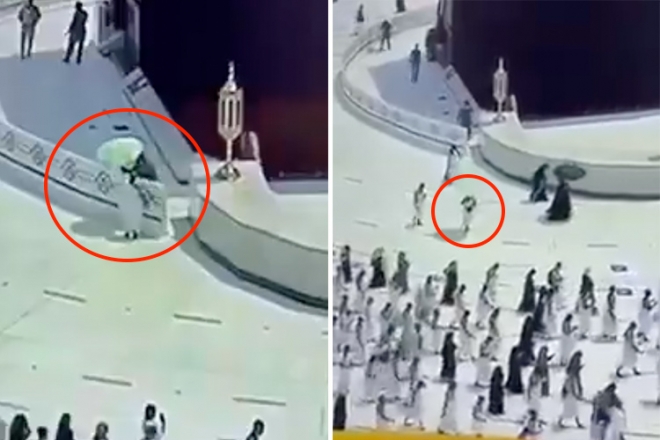 A video of a Saudi security man giving an umbrella to a pilgrim who was suffering from the heat at the Great Mosque of Makkah has gone viral on social media platforms.

The CCTV cameras recorded the moment when the pilgrim asked the security man for a cap to cover his head.

The security guard without wasting time gave his umbrella to the man.

The noble need has earned the man respect which shows the generosity of the citizens.

A local TV channel reported that the temperature was over 40°C in Makkah Al-Mukarramah.

Social media users praised the humanitarian gesture of one of the guards of the Grand Mosque, who showed the nobility of morals of the Saudi security man by abandoning the umbrella for the pilgrim to shield him from the searing sunlight, stressing that these are the actions and morals of the Saudi people.

These are the values instilled in our citizens by our wise leadership.