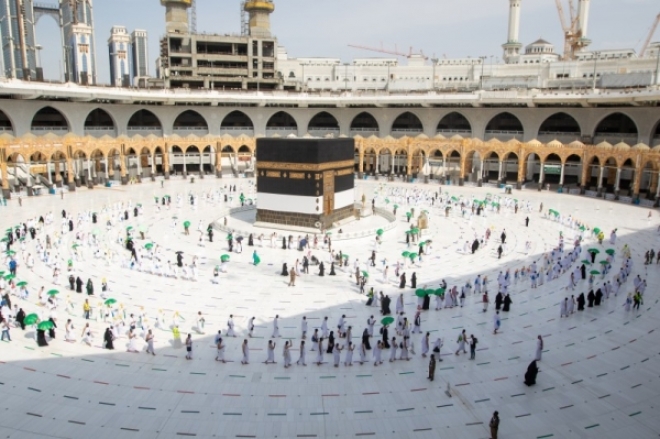 MAKKAH — Deputy Minister of Hajj Dr. Abdul Fattah Mashat revealed that there is no specific ceiling on the number of Umrah pilgrims during the new Umrah season in the new Hijri year, provided that the number does not run counter to requirements of the competent authorities and compliance with the precautionary regulations and procedures. He said this while addressing a meeting of the National Committee for Hajj, Umrah and Visit Activities on Monday at the ministry’s headquarters here.

Mashat said that the concerned authorities have been directed to extend the necessary support to the licensed companies and are awaiting a response. “Also work is underway to exclude those Umrah service companies from extending Umrah services following the imposition of fines over them for various violations,” he said.

The activation will be in the system provided that a pledge is made with regard to the fulfillment of the requirements within a maximum period of 60 days and the foreign agents can submit a request to retrieve the frozen amounts held in the agents’ portfolios in their bank accounts and cannot be transferred to another portfolio.

During the meeting, Mashat agreed to study the pros and cons and take the necessary measures regarding them. He also approved the categories of hotels licensed in the “Maqam” portal with a condition of total compliance with all the requirements approved by the Ministry of Health. He rejected the committee’s request to organize domestic Umrah service due to the lack of a specific regulation while suggesting that agreements with licensed hotels can be made in this respect.

The National Hajj Committee made several demands, most important among them are exempting them from the fines imposed by the Department of Expatriates, and that there should be one main office for the licensee with a coordinating office affiliated with him in Makkah and Madinah. The deputy minister agreed to the proposal, with a condition that the priority will be to fixing tasks and there will be a representative of the National Committee at the Enaya Center of the Ministry of Hajj and Umrah.