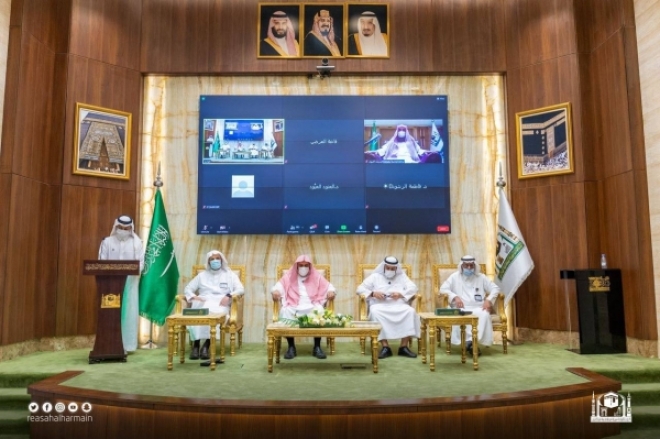 In a landmark move to further empower women in Saudi Arabia, Al-Sudais issued an order on Thursday to appoint 20 women, who are holders of master’s and doctoral degrees, in key leadership positions at the presidency. Apart from Dr. Fatima and Dr. Al-Anoud, there are also two more assistant heads to the presidency.

Al-Sudais had also issued an order to create an assistant agency for women’s empowerment under the presidency as part of the ongoing efforts to empower women at the Two Holy Mosques and to make maximum use of the distinguished female cadres, and harnessing their efforts in serving Hajj and Umrah pilgrims and visitors in accordance with the Kingdom’s Vision 2030.

The presidency also unveiled plans to train 320 Saudi female employees with launching of the training program titled “Hayyak” to raise the quality and standard of women’s reception at the “Doors of Women Department” under the presidency.

Dr. Camelia Al-Daadi, assistant undersecretary for women’s administrative and service affairs at the presidency, said that training for the staff of the assistant agency for women’s administrative and service affairs has been launched in the area of protocols to be observed while receiving Guests of God, saying that this is a qualitative and unique leap in raising the efficiency of female employees, during a 10-day period with 30 training hours.

This training program aims to improve the level of services for beneficiaries, to achieve their satisfaction through delivering the best quality of reception, she said.