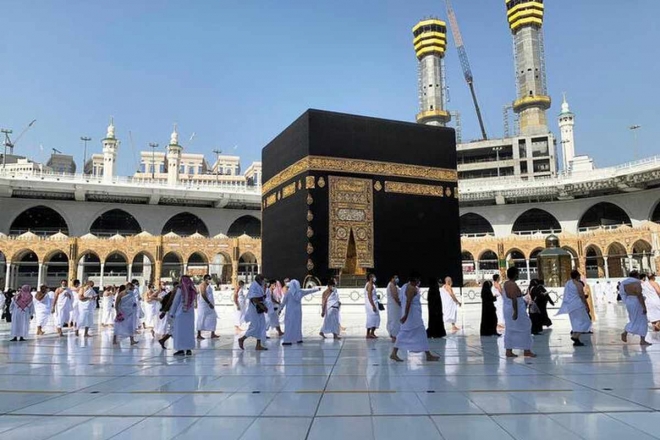 The first group of fully-vaccinated foreign Umrah pilgrims arrived in Saudi Arabia on Aug. 15 after a temporary COVID-19 travel ban was lifted.

Hani bin Hosni Haidar, the official spokesman for the general presidency, said all Umrah pilgrims and worshippers will have to abide by precautionary measures and intensified sterilization.

Additional services the presidency has provided in conjunction with the existing precautionary measures include the development of thermal cameras and visual sorting operations.

The sterilization process will utilize 11 robots that work with AI, 20 bio-care devices with dry steam, and 500 sterilization pumps. The presidency will also provide 500 electronic soap dispensers and 250 fans distributed throughout the Grand Mosque’s courtyards.

Haidar said the presidency also increased the production capacity of Zamzam water to more than 300,000 bottles per day, which will be distributed to Umrah pilgrims and worshippers.

He said Qur’anic sessions and religious lessons delivered by Grand Mosque scholars will resume in accordance with all precautionary and preemptive measures.