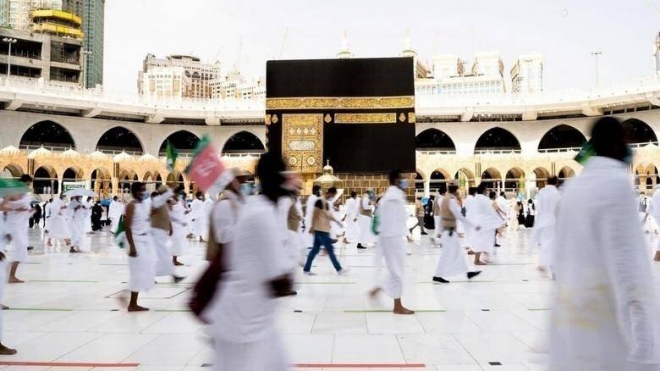 * Though the Kingdom eased travel restrictions on September 8, airlines have not yet laid out standard operating protocols for Umrah travel.

Ever since Saudi Arabia lifted its travel ban on the UAE, travel agents in Dubai and other emirates say they’ve been flooded with inquiries about travelling for the Umrah pilgrimage.

Travel agents said that UAE residents have been waiting to pay a pilgrimage to Saudi Arabia’s holy mosques for more than a year. But soon after the Covid-19 pandemic hit, Saudi Arabia closed its borders for nearly 18 months, making the journey impossible.

“As the news of travel resumption broke out, we have been receiving a huge number of calls inquiring about the Umrah pilgrimage,” said Syed Mudassir, sales manager at Al Bloushi Travel.

“Demand is increasing, and in the coming days, we may see a large number of people flying to Saudi Arabia for Umrah.”

Mudassir added that road travel has not resumed in the Kingdom, which means travellers can only enter the country by air.

Though Saudi Arabia eased travel restrictions on September 8, some travel agents stressed that airlines have not laid out any standard operating protocols for Umrah travel.

“We are still in confusion, as no airline has given clarity on Umrah travel. Umrah visas are also not being issued at the moment,” said Faisal Awan, CEO of Al Ghazi Travel and Tourism.

Some residents have even asked agents to issue business visas so they can travel for Umrah.

“We have been approached by residents who want to complete their official duties and also perform Umrah on the same visa,” said Syed Fasil, sales manager at Al Ghaith Al Moosa Travel Agency.

International visitors who wish to travel to Saudi Arabia for Umrah must be fully vaccinated against Covid-19. Saudi Arabia recognises the following vaccines: Pfizer-BioNTech, Oxford/AstraZeneca, Johnson & Johnson and Moderna.

Travellers with two doses of the Sinopharm or Sinovac vaccines can only enter the Kingdom if they’ve received a booster dose of one of the four approved vaccines.


⇐ Previous:
Zamzam containers return to Prophet’s Mosque after a hiatus of over one and a half years
Next: ⇒
Grand Mosque to receive 70,000 Umrah pilgrims daily