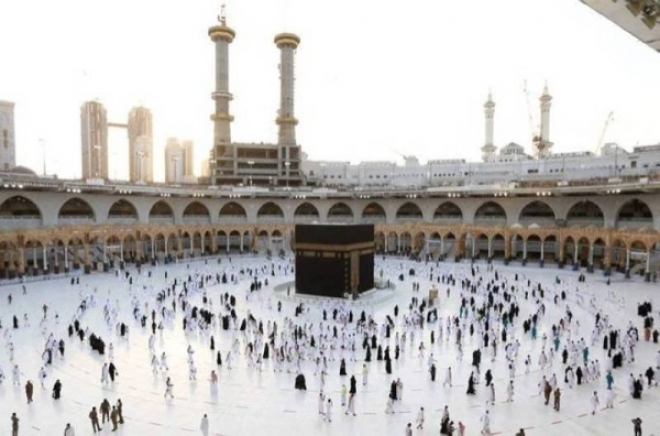 RIYADH – The permit for performing Umrah and prayer at the Grand Mosque in Makkah is likely only for those pilgrims who have completed vaccination against coronavirus, Okaz/Saudi Gazette has learnt from the latest announcement of the Ministry of Health.

On Sunday, the ministry had announced that the health status on the Tawakkalna application would be updated effective after Oct. 10 and under which the status of immune would be given only for those people who have completed vaccination.

According to the new update, the health status will be shown immune on the Tawakkalna application only for those who received two doses of any of the vaccines of Pfizer-BionTech, Oxford-AstraZeneca, and Moderna, or one dose of Johnson & Johnson vaccine.

According to the ministry, the health status will be immune for those who have received two doses of Sinopharm and Sinovac vaccines that are approved by the World Health Organization (WHO) and an additional booster dose of one of the approved vaccines in the Kingdom.

The MoH emphasized that the health status of immune will not include those who received one dose of vaccine and recovered from infection of coronavirus before or after the date of taking the first dose.

The ministry further clarified that the health status of those, who received one dose of Pfizer, AstraZeneca or Moderna or those who received two doses of Sinopharm and Sinovac vaccines approved by WHO, will be “Received first dose” on the Tawakkalna application.

As per the existing regulations of the Ministry of Hajj and Umrah, permit for Umrah and prayer at the Grand Mosque is available for those pilgrims who completed the required doses of vaccination or those who completed 14 days after receiving first dose of vaccine as well as those who recovered from infection of coronavirus and that is based on the immune status on the Tawakkalna application.

However, the last two categories will be excluded from the status of immune after the update of the application after Oct. 10.

This means that the categories of pilgrims who took one dose of vaccine or recovered from infection will no longer enjoy the right to book an appointment to obtain permit for performing Umrah and prayer at the Grand Mosque as well as for the visit of the Rawdah Sharif and the grave of the Prophet (peace be upon him) at the Prophet’s Mosque in Madinah through the Eatmarna and Tawakkalna applications.

According to the update announced by the Ministry of Health, those who received the first dose will not be counted as immune and their health status on the Tawakkalna will be “Received one dose.”

The ministry stressed that those who have recovered from coronavirus will have neither any current status nor it is considered as a health status on the Tawakkalna application after the new update.


⇐ Previous:
Umrah and prayer at Grand Mosque permits restricted for fully vaccinated pilgrims from Oct. 10
Next: ⇒
Hajj management in 2022 to be tech-based