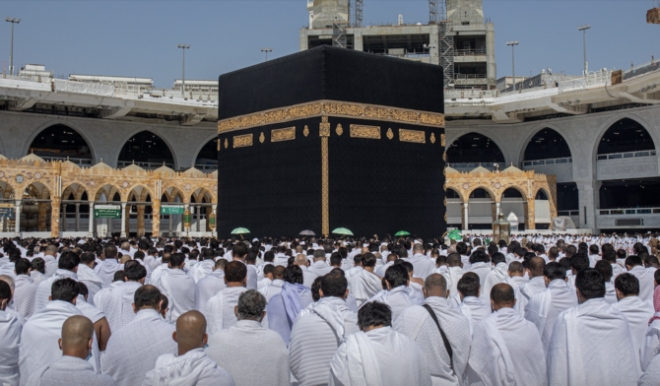 LONDON: An event that aims to optimize the experiences of British pilgrims travelling to Saudi Arabia to perform Umrah and introduce them to cultural and heritage sites across the Kingdom will take place on Tuesday.

Hosted by the Council of British Hajjis in London, the event is the first of its kind since the start of the COVID-19 pandemic and will also reconnect UK businesses in the Umrah travel industry that have been hit hard by travel restrictions and the downsizing of pilgrimages.

Umrah+ Connect will allow business to explore how they can expand their current pilgrimage packages to include visits to cultural events and heritage sites that pilgrims would not usually have considered or have had access to previously.

In the past, British Muslims would have travelled to Makkah, where they performed pilgrimage, and then traveled to Madinah, where they would pray at the Prophet’s Mosque.

Religious sites in the vicinity such as Mount Uhud, where the Battle of Uhud took place, and Jannat-ul-Baqi, the graveyard where many of the Prophet’s companions and family members are buried, would also feature on the itinerary but pilgrims would not usually visit other areas or cities further afield.

However, this has changed since the Kingdom opened its doors to tourists in September 2019 with the launch of its tourist visa.

British pilgrims can now also trace the Hijrah route themselves. The route is the one that the Prophet took when he migrated from Makkah to Madinah with his friend and confidante Abu Bakr, and the event marks the beginning of the Islamic calendar.

Pilgrims are also able to visit AlUla, home to the Kingdom’s first UNESCO World Heritage Site at Hegra, and attend motorsport events such as the Dakar Rally and the upcoming Saudi Arabia Grand Prix 2021.

“This is an opportunity to bring the industry back together and it is perfect timing as Umrah has only recently opened up to foreign pilgrims,” the CEO of the Council of British Hajjis, Rashid Mogradia, said.

Saudi Arabia started welcoming foreign pilgrims in August after some COVID-19 restrictions were lifted in the Kingdom.

British Muslims are excited to be able to visit the Two Holy Mosques again, particularly after the emotional and physical toll that the pandemic has taken on people.

“There are now a lot of British pilgrims heading to Saudi Arabia to perform Umrah and it’s important that the industry reconnects and gives new offerings,” Mogradia said.

“Post COVID-19, there is going to be a new set of norms. Many companies have gone bust and those that have survived can’t survive on traditional methods of doing business and just selling Hajj and Umrah packages,” the CEO explained.

“The tourist visa has made travel to Saudi Arabia easier and eliminates the role of travel agencies to an extent so they are now looking at ways to become competitive and innovative to survive.

“These companies are very good at providing Hajj and Umrah services and they know how the system works. They are now adding value and giving their customers something different,” Mogradia added.