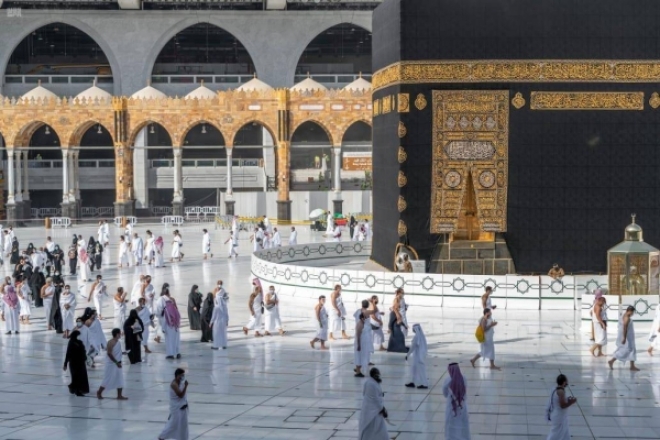 RIYADH — The Tawakkalna application announced that it has provided a feature to those coming from abroad to Makkah and Madinah to issue permits and purchase transport tickets for Hajj and Umrah services.

Those wishing to issue permits can visit the Tawakkalna app and click on "Issue Permits" in the Hajj and Umrah services, thereby selecting the permit type, date and day.

Following the selection of the type of permit, the app will request that the permit applicant specify the gathering point he wants and the city from which he came into the Kingdom.

The permit will be issued and reviewed after clicking on “Issue the Permit”.

It is noteworthy that the Ministry of Hajj and Umrah earlier announced the launch of a new service that allows overseas pilgrims to get permits for Umrah and prayer in the Grand Mosque, as well as for visiting the Prophet’s Mosque through Eatmarna and Tawakkalna Applications.


⇐ Previous:
Travel requirements in all countries of world can be checked through Tawakkalna app
Next: ⇒
Kabaa’s Roof Cleaned (+Photos)