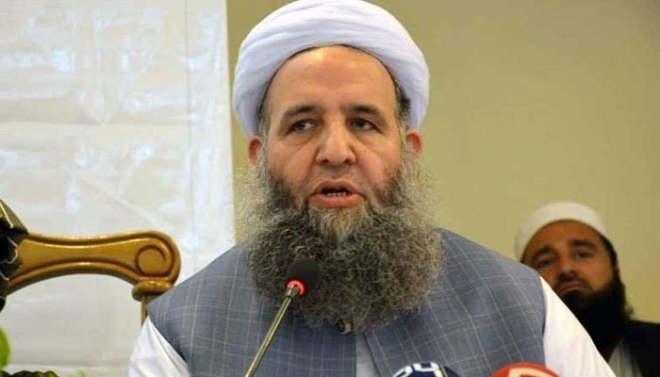 ISLAMABAD: On Monday, Federal Minister for Religious Affairs Pir Noorul Haq Qadri has taken a flight for Saudi Arabia to meet officials from the Kingdom regarding the restoration of Umrah flights from Pakistan, Daily Times reported.

As per the schedule of the religious affairs minister, he would be participating in an Islamic conference during his seven-day stay in the kingdom apart from meeting the Saudi officials.

Meanwhile, Noorul Haq Qadri would also deliberate on the issue of allowing Umrah pilgrims from Pakistan with the concerned officials.

Recently, Saudi Arabia’s ambassador to Pakistan Nawaf bin Saeed Al-Malki has insinuated at an early resumption of Umrah flights from Pakistan in a meeting with Minister for Religious Affairs Noor ul Haq Qadri.

In a meeting with the Saudi ambassador, Noor ul Haq Qadri asserted that the religious affairs ministry would follow the guidelines from the Saudi authorities and extend complete cooperation to them.

Speaking during the meeting, the Saudi diplomat Nawaf bin Saeed Al-Malki said that he would soon present the plan for the resumption of Umrah flights before the concerned authorities in Saudi Arabia.

He hinted that soon restrictions on Umrah flights would be lifted.

Earlier on October 21, Saudi Arabia has lifted the ban on pilgrims to perform Umrah for a single time, days after the Kingdom lifted social distancing and mask restrictions.

According to local media reports, the pilgrims could now perform Umrah multiple times as previously only one-time permission was given during 15 days to perform Umrah at the mentioned date and time.

Meanwhile, the pilgrims would wear masks and get themselves registered with a tracking app.