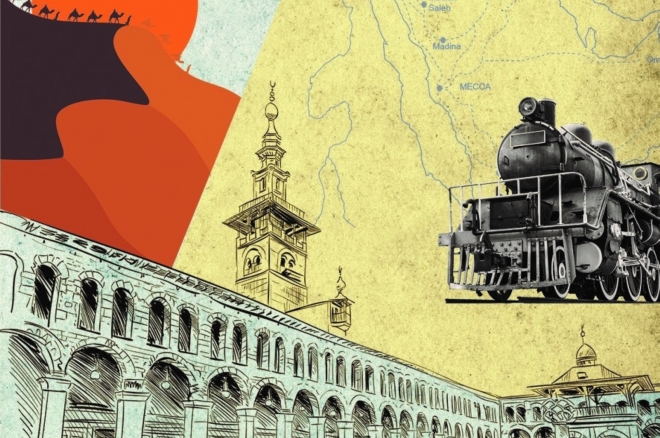 The London branch of Yunus Emre Insitute (YEE) launched a new exhibition focusing on the Ottoman hajj route on Nov. 18. Accompanied by a series of talks, “The Sacred Journey: Rediscovering the Ottoman Hajj Route Exhibition” will remain open for visitors until Dec. 17.

The hajj is one of the five pillars of Islam and must be carried out by all adult Muslims who are physically and financially capable of undertaking the journey at least once in their lifetime. Although the hajj is a pilgrimage to Mecca, it is a deeply personal and spiritual journey to the inner self for every Muslim. During the centuries when technology was not developed that much, this holy journey, which continued for months by land, left many physical and spiritual traces across the world. And it is still experienced by people from all corners of the globe today.

Although Ottoman sultans desired to perform the hajj, understanding and celebrating its importance, no sultan could ever leave the throne for such a long period and carry out their pilgrimage duties. But during their 400 years of rule in the holy lands, all sultans competed with each other to serve these holy places in the best way by adopting the title of "Hadim'ul Haremeyn-üş Şerifeyn," meaning the servant of Mecca and Medina. They also had numerous works built along the route in order to make the pilgrimage route easier and safer for the pilgrims.

With the conquest of Damascus, Egypt and Hijaz under the reign of Sultan Selim I, the hajj route changed, and the new route started from the Balkans via Istanbul, Anatolia through Damascus and Jerusalem. With Ottoman oversight, the route saw the development of vibrant public buildings, mosques, water cisterns and caravanserais, which all fed into the dramatic social, cultural and economic change in the regions surrounding it.

“The Sacred Journey: Rediscovering the Ottoman Hajj Route Exhibition,” curated by Professor Andrew Petersen, director of research in Islamic Archaeology at the University of Wales Trinity Saint David, maps this holy journey. The Ottman hajj route revives in the light of precious visuals such as photos documenting archaeological works that have been carried out by Petersen and his colleagues, travelers' notes and maps.

Talk series held on the sidelines of the exhibition cover fascinating topics. Richard McGregor gave the first talk on Nov. 25 about the mahmals (ceremonial passengerless litters that were carried on a camel among caravans of pilgrims on the hajj) of Cairo. The second talk, titled “The Iron Camel and Its Tracks: The Hijaz Railway and Its Legacy,” will be given on Wednesday online by Mehmet Tütüncü between 6.30 p.m. and 7.30 p.m. GMT.

The exhibition, supported by the University of Wales Trinity Saint David, London Central Mosque and Turkish Airlines, is free to visit throughout the four weeks in YEE London between 10 a.m. and 6 p.m. GMT. However, the talks need to be booked separately on the institute’s Eventbrite website.