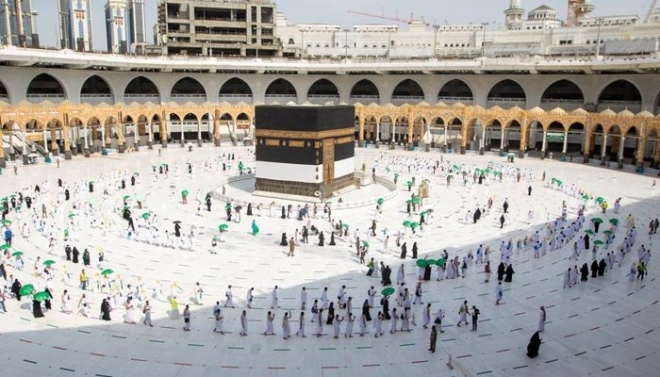 Saudi Arabia is planning to revive the hajj and umrah sectors of the Kingdom through greater cooperation between private and public entities. According to a report published by Arab News, the move will allow the kingdom to expand services to pilgrims visiting the two holiest sites for Muslims, Makkah and Madinah.

During a meeting with the investors held at the Makkah Chamber of Commerce, Saudi Minister of Hajj and Umrah Dr Tawfiq Al-Rabiah emphasised the importance of cooperation between the public and private sectors in order to recoup from the economic impact of the COVID-19 pandemic.

According to Ahmed Bajaiffe, an investor in Umran companies, supervisory tasks performed by the Ministry of Hajj and Umrah could be allocated to the private companies once the cooperation between private and public sectors is expanded.

Hinting towards an idea under discussion, Bajaiffer stated that the hajj and umrah development fund establishment idea is on papers which is sovereign and affiliated with the state.

The investor highlighted that the fund will help the private sector in its initiatives in exchange for investment partnerships that manage all the sector’s details.

Bajaiffer said: "Efforts are underway to make Umrah an exceptional experience that enriches the pilgrims’ time visiting the sites.”

Endorsing his views, Head of World Hajj and Umrah Convention Mohsin Tuttla mentioned that before the pandemic the companies were witnessing an annual growth of nearly 10% in terms of pilgrim numbers.

Citing the recorded figures, he stated that the number of Umrah pilgrims in 2019 was 18 million — which was successfully growing in line with the Vision 2030 outlined forecasted figures.

Tuttla added: “The decimation of pilgrimage numbers imposed by COVID-19 and its variants has crippled the underpinning ecosystem that has been supporting the smooth operation of the Hajj and Umrah pilgrimages.”

He further added that said that Vision 2030 regarding hajj and umrah performance is often misunderstood because of tax revenues as being the primary focus.

“Nothing could be further from the truth; the objective is to ensure that the hajj and umrah ecosystem is self-sustainable with a reduced dependency on financial subsidy provided by declining oil revenues. It is about creating a model where experience expectation of the pilgrimage remains in line with pilgrim expectation and supported by its own performance as a sector.”

Shedding light on Vision 2030, Head of the National Hajj and Umrah Committee Mazen Darrar said, per Arab News. "Vision 2030 aims to increase the number of pilgrims and visitors through many measures, perhaps the most prominent of which is to attract investors to this sector by facilitating and unifying work mechanisms in coordination with various authorities and providing guarantees that contribute to the sustainability of their work."