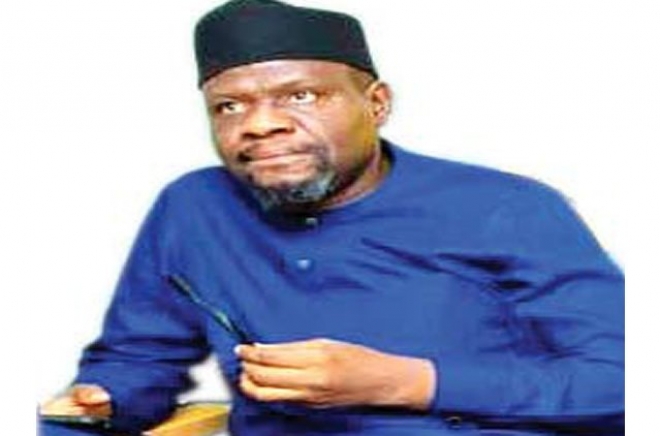 General Secretary, Association of Hajj and Umrah Operators of Nigeria, Qasim Alabi, speaks with EDIDIONG IKPOTO on the aftermath of the travel ban on Nigeria by the Kingdom of Saudi Arabia and its implications on intending pilgrims and tour business operators

Were you surprised when Saudi Arabia announced the travel ban on Nigeria?

To what extent were operators impacted by the 2020 COVID-1 9 lockdown?

The industry has been seriously impacted. Many of our members deal basically in Hajj and Qumran. So imagine not working for that long and that Hajj happens to be the main source of their income. As we speak, some of them have placed their staff on half salaries. Some have even closed their offices. The industry is a big industry, but we have not worked for like two years.  Nobody has gone for Qumran. So you can imagine the kind of losses we have incurred thanks to COVID-19.

How many members do you have across the country?

I want to say about 300 or more because we have members in Lagos, Kano and Abuja. When I look at international members, we’ll be talking about 300 or thereabouts.

How much business do you do averagely in a month?

It depends on their capacity, how big the company is.  Some companies can pull as much as 100 passengers in a month to Saudi Arabia. Some 50, some 20. It depends on how big the company in question is. I’m equally aware that many of them, at times  will come together. There was a particular month when  the Abuja zone chartered a flight for Qumran to Saudi Arabia. Same thing has equally happened in Kano, and even here in Lagos we have done a similar thing for Hajj as well. We catered about three flights for the purpose of performing Hajj.

How many Hajj/Qumran operators do you think will be affected by this development?

Nearly everybody is affected because whether you like it or not, each country will have passengers. Because of the economy, people have come together to get the same hotel, the same flight. I do not know of anybody who is in this business who is not affected in any way, one way or the other.

How are you handling the issue of people who have paid and are demanding a refund?

It is a very big issue. Many of the tour operators have already purchased tickets. For the airlines, there is no issue whatsoever because basically the airlines have two options either they give us a voucher to use in the future or they give us outright refund. The money with the airline is not lost in any way. But the point is how soon can we get the money from the airlines? We are aware that the airlines are cash strapped but the good thing is that once they open the Qumran again, the money with the airlines can be used to purchase tickets as well. For the visas and hotel accommodations, I’m equally aware that when people have booked their hotels in Saudi Arabia, they can be given a voucher to use the same hotel in the future but that means that cash will not be coming immediately. As for the visa, it is doubtful whether we are going to get refund.

The bottom line is that money is hanging outside there; money with the hotels, with the airlines and some other service providers. So there are issues. Somebody who is able to refund from its own platform without making recourse to the airlines can as well do the refund and pay back the clients, but the point is that the clients will not be able to get all the money. This is what many of us do because we have a reputation to protect but how long shall we continue going a borrowing? Like they say, he who goes a borrowing goes a sorrowing.”

What you have to say about the communiqué issued by the Kano zone of Qumran/Hajj operators that they have lost N2b to the current ban?

First and foremost, the communiqué issued by the Kano zone should be disregarded  because it does not in any way reflect what we stand for in Qumran in Nigeria. If anybody communiqué should be issued it should come from the National Executive Council. The Kano zone did not carry anybody along when they were doing what they were doing. We need to take a look at what has been lost in Lagos, Kano and Abuja, then put them together. So the question is where have they got their information from in the first instance? It does not in any way reflect what we stand for. Secondly, that they have indicted Hajj Commission is not true. The commission called us for a meeting for a dialogue on the way forward. They have given us advice, assistance. They have always opened their doors for us to come in. So why would they say that NACON is not in support? To say that the commission is not in support of their actions is not true. We go to NACON on a regular basis. If we knock on their door tomorrow, the door will be open for us. To say that NACON is not in support is an indictment, and it is not true at all.

What appeal would you make to the Saudi authorities and the Federal Government on this matter?

Do you think there are other reasons why the ban on Nigeria by Saudi Arabia may not be lifted soon?

I am highly optimistic that soonest Saudi will open their own borders.  When we go for Hajj, we come together at a particular place. You can imagine multitude of people  coming together when we perform the rites. Peradventure, that is why Saudi is saying let us observe first. Let us watch what is happening in the world first, but we are highly optimistic that Saudi will equally open their doors. I am aware that about the time omicron came up, Saudi has come up with policies. For example, Saudi is saying that before you come into their country, you must quarantine for about three days or thereabouts. Now that omicron has come, I’m sure that Saudi will re-introduce quarantine for whoever is coming in, but I’m equally optimistic that Saudi will remove the ban as well.

Even before Saudi made it compulsory, we have been saying it (vaccination) that  whoever intends to go for Qumran or Hajj should go and get vaccinated because at that point in time Saudi has insisted that whoever is coming for Qumran must have received one dose of vaccination, and now they have gone to the extent of saying that whoever is not fully vaccinated is not welcome. So with the way things are going now, whoever wishes to go for Qumran or Hajj must be fully vaccinated and that is the way the world is equally going now.

What would you say to the government with regard to making the vaccine available to prospective pilgrims?

When the vaccine was surplus, the National Hajj Commission had made efforts to speak with the government to make the vaccine available for Qumran and Hajj passengers. Hajj Commission spoke with the government to make vaccines available for all prospective passengers, and I’m very sure once the door is open, they will do the same thing.