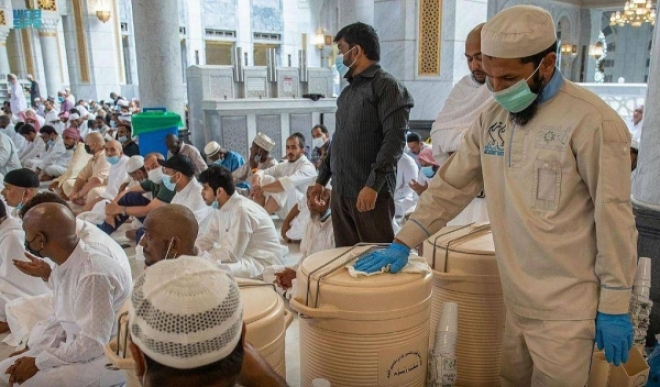 MAKKAH — The General Presidency for the Affairs of the Grand Mosque and the Prophet's Mosque has provided a package of field services to worshippers and Umrah performers visiting the Grand Mosque in Makkah.

The Presidency kept open 58 gates of the mosque for entry and exit of the worshippers and deployed more than 4,000 workers for sanitization operations 10 times daily.

The Undersecretary-General for Services, Field Affairs and Environmental Protection at the General Presidency, Mohammed bin Musleh Al-Jabri, confirmed that the Presidency raised the level of its readiness for Friday prayers, with a package of field services and operational measures that would provide a safe and reassuring environment for visitors and Umrah performers in order to perform their rituals in a spiritual atmosphere of reverence and serenity.