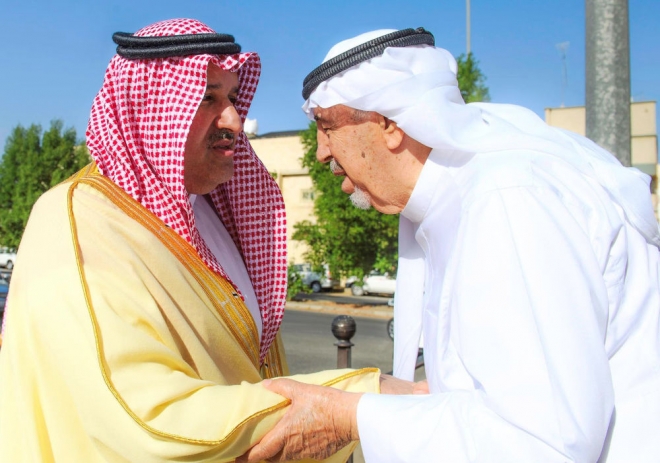 MADINAH: Madinah Gov. Prince Faisal bin Salman affirmed that the servant of the Holy Qur’an was the person who was most worthy of being honored in the place of the revelation and the qibla of Islam.

His words came during his visit to the home of Sheikh Othman Taha, the most senior calligrapher at the King Fahd Complex for Printing the Holy Qur’an, to congratulate him on the royal decision to grant him Saudi citizenship for his services to the Qur’an over the past 38 years.

The governor praised the sheikh’s efforts and his good reputation in the Muslim world through his work at the complex since the 1980s as he had handwritten 12,000 copies of the Holy Qur’an.

Taha and his family received news of the citizenship with joy.

The sheikh expressed his pride for this honor which, he said, reflected the special care of the Kingdom’s leadership and people toward the Holy Qur’an and its servants.

He said the governor’s visit reflected the joy of the people of Madinah since the declaration of this decision.