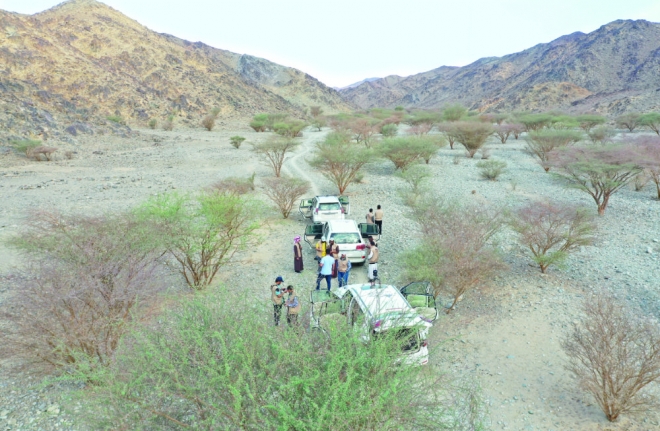 MAKKAH: The organizers of “Rihlat Muhajir” (An Emigrant Journey) have announced that the first phase of the initiative to document the path of the Prophet’s emigration has been completed.

The work with specialists and researchers in the Prophet’s biography is part of the preparations to inaugurate the Jabal Thawr Cultural Center in Makkah, which seeks to enrich and broaden tourists’ experience. This is the aim of Samaya Investment, a company specializing in cultural projects, including national museums, exhibitions, and activities.

He said that in the first phase, which was launched on Dec. 20 last year, the team sought all the locations that were cited on the path of the Prophet’s emigration, starting from Cave Thawr on Mount Thawr in Makkah, passing through 40 stations all the way to Quba Mosque in Madinah.

He said the idea of documenting the route came up when they were considering how to present the story of the Prophet’s migration in the Jabal Thawr Cultural Center.

Documentation of the path was mainly done by panoramic photography 360. During the second stage the migration of the Prophet will be digitally documented using 4K drones based on the locations’ coordinates.

The biggest challenges they faced, he said, were the bumpy roads, and the fact that some historical sites had their names changed over time.

A number of scholars specialized in Islamic history and the Prophet’s biography helped in this investigation, including Professor Mohammed bin Samil Al-Salami and Professor Saad bin Musa Al-Musa, of the Department of History and Islamic Civilization at Umm Al-Qura University in Makkah, and Professor Sulaiman bin Abdullah Al-Suwaiket and Professor Abdul Aziz bin Ibrahim Al-Omari, of the Department of History and Civilization at Imam Mohammad Ibn Saud Islamic University in Riyadh, who are also members of the scientific committee of the Atlas Biography of the Prophet. Professor Abdullah bin Mustafa Al-Shanqiti, specialized in the landmarks of Madinah and the Prophet’s Biography, also participated in some stages of the project.


⇐ Previous:
Zubala village, a meeting point for commercial caravans and Hajj pilgrims
Next: ⇒
After a hiatus of two years, the Prophet’s Mosque will allow iftar sofras under strict protocols