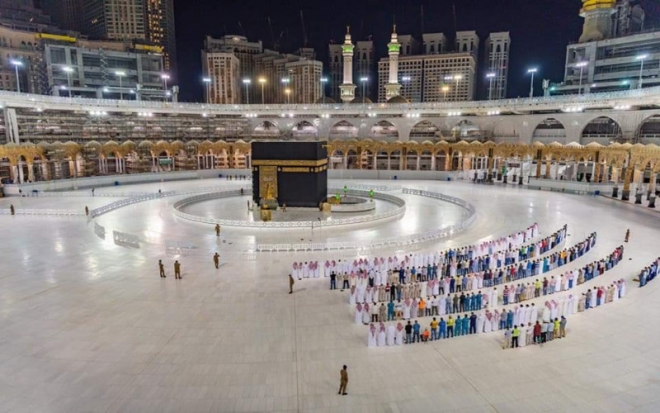 The Kingdom of Saudi Arabia has announced that pilgrims wearing shorts are banned from entering the two holy mosques, Masjid al-Haram in Makkah and Masjid Al Nabawi in Madinah. Anyone found violating the new rules will be fined from 200 to 500 riyals.

The directive was contained in a statement issued by the Saudi Ministry of Hajj and Umrah, which was posted on the official Twitter account of Haramain Syarifain on Friday, February 18.

According to Saudi officials, wearing shorts in mosques and government institutions after implementing the new code of conduct is against social etiquette.

However, the government has clarified that men wearing shorts in public would not be considered a violation of public decorum except in mosques.

In the new decree, 19 violations on the list of approved public etiquette offenses in 2019 have now been changed to 20 violations. According to the ministry, violations in this list will be punished with fines ranging from SR 50 to SR 6000. Most of these are already prohibited in Saudi Arabia, but previously, no specific punishment was given, and the judge left the decision.

The action plan against social ethics has been implemented since November 2, 2019. It is officially dubbed the Public Decorum Code, which promises fines and imprisonment for public misconduct deemed offensive or harmful to people.

The Saudi official’s decision received much praise from netizens who called it a “great decision.”

According to the Shari’ah, wearing shorts or anything that does not cover a man’s awrah (the portion of body naval to below the knee) is not permissible. It is forbidden for mature men to expose their awrah to any person except their wives. And prayers observed with shorts will not be counted if awrah is not covered.