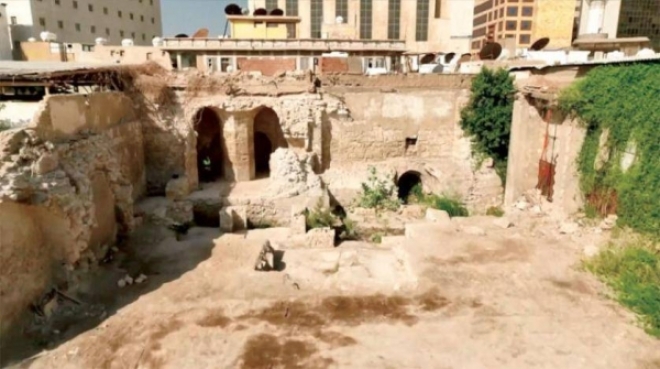 JEDDAH — Saudi Arabia announced the discovery of one of the major archaeological sites in the city of Jeddah, with unearthing of an underground fortress that existed more than 500 years ago.

The archaeological site, called Al-Shouna Heritage Fortress, which dates back to 1516, was discovered during the demolition of random buildings, located near Qabil Street and next to Al-Dhahab Street in Balad area, one of the historical traditional markets in Jeddah, according to the Saudi Television Channel 1.

The television report stated that the ongoing excavation and demolition work might lead to the discovery of many more historical and archaeological treasures associated with the city whose civilizations flourished 3,000 years ago and later emerged as one of the major ports on the Red Sea coast.

The archaeological site is linked to the old city wall and moat, which was considered as a waterfront in 1516. During the ongoing demolition work, a number of heritage sites were found among these ruins, apart from the ancient waterfront of the city.

On his part, Ashraf Kamel, general supervisor of the Historic Jeddah Program, said that Al-Shouna is an ancient fortress that was found during the excavation process. The fortress had vanished in course of history and no one knew its location, indicating that it is the largest fortress on the coast of the Red Sea.