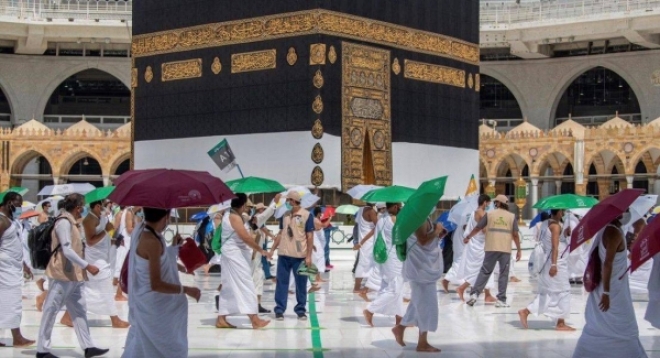 RIYADH — About 58,745 pilgrims have performed Hajj during last year in 2021, the General Authority for Statistics (GASTAT) said.

GASTAT emphasized that this statistic is based on the Ministry of Hajj and Umrah’s records, noting that all pilgrims were citizens and residents of the domestic pilgrims due to the COVID-19 pandemic and its instructions to preserve pilgrim's health.

GASTAT noted that children did not participate in performing the 2021 rituals.


⇐ Previous:
Hajj management for pilgrims from Bangladesh will be better
Next: ⇒
Saudi Arabia enables holders of all types of visas to book Umrah before entering Kingdom