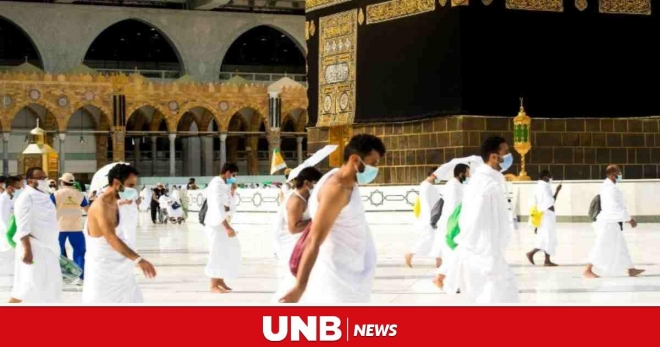 State Minister for Religious Affairs Md Faridul Haque Khan has said that management for Bangladeshi Hajj pilgrims will be better this year.

Considering the overall situation including the improvement of the global Covid situation, Saudi government is likely to allow hajj pilgrims from Bangladesh too, he said.

The royal Saudi government has said it will issue a decree in this regard, Khan said.

The state minister said, "We have already taken necessary preparations so that the pilgrims can perform hajj in a proper manner if there is an opportunity to go from Bangladesh."

He said this while addressing a coordination meeting over Hajj management at the conference room of the capital's Ashkona Hajj camp.

“How many pilgrims can go for hajj will be fixed by Saudi-Bangladesh bilateral hajj agreement”, the junior minister said.

He also said that those who have already registered for hajj will get priority. “The whole management of hajj has been automated”, he added.

Kazi Enamul Hasan, Secretary of the Ministry of Religious Affairs presided over the meeting.