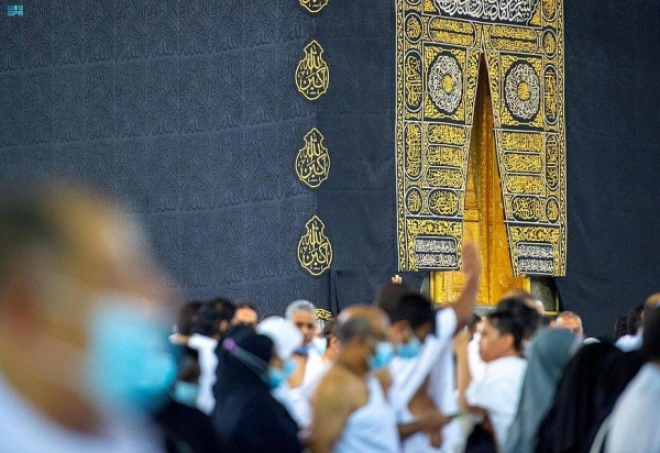 RIYADH — Anyone caught coming to perform Umrah without having a permit will be fined SR10,000, the public security warned on Saturday.

The public security said that the permits of pilgrims would be checked in the Tawakkalna application by matching it with the national identity, residence, passport number or border number, in addition to comparing it with the date specified for performing the Umrah that was chosen in the permit.

The Ministry of Interior and the public security has stressed to arrivals wishing to perform Umrah the importance of issuing the permit through Tawakkalna or Eatamarna apps, as they warned that Umrah will not be allowed without obtaining a permit.

It is noteworthy that the Ministry of Hajj and Umrah has announced earlier that there is no need for obtaining permit and taking appointment to perform prayer at the Grand Mosque in Makkah, but still a must to perform Umrah and pray at Al-Rawdah Sharifa.

The Ministry has restricted the minimum age for issuing permits to perform Umrah and pray at Al-Rawdah Sharifa to be limited only to children aged 5 and over.

Also, there’s no need to register immunization information for pilgrims coming from outside the Kingdom to obtain an Umrah permit.


⇐ Previous:
In an air of spirituality, worshipers throng Two Holy Mosques to perform prayers on first night of Ramadan
Next: ⇒
Ramadan rituals’ welcome return in Makkah and Madinah after two years