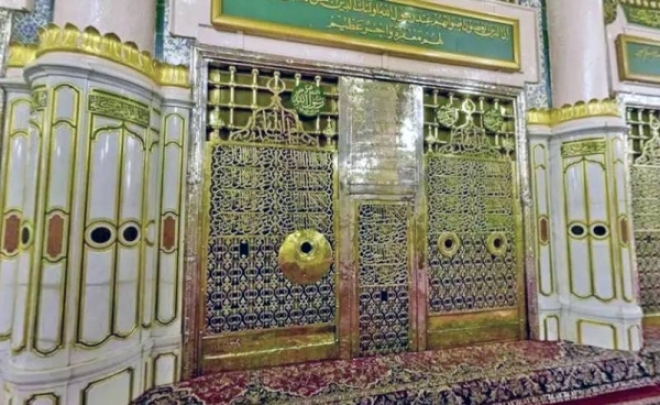 MADINAH — Workers at the General Presidency for the Affairs of the Two Holy Mosques are exerting organizational efforts to facilitate the entry of worshippers to the Noble Rawdah Sharif according to booking times, in addition to working on ensuring flexibility in the entrance of worshippers to visit the tomb of Prophet Muhammad, pbuh, and his two companions, in atmospheres of spirituality and tranquility.

Works of organizing prayers in the Noble Rawdah during Ramadan includes issuing praying permits in the Rawdah Sharif for men and women through Eatmarna and Tawakkalna applications, with an average daily permits of 16,980 till Ramadan 20, while the last 10 days of Ramadan will witness the issuance of 11,095 permits daily, which totals 517,702 permits during Ramadan and on the Eid night.

The Presidency noted that the plan to organize the times of visits and pray at the Holy Rawdah during Ramadan includes the entry of visitors to visit Prophet Muhammad, pbuh, and his two companions from Al-Salam Gate (No. 1).

And also organizing them through special tracks to reduce overcrowding and facilitate the movement of crowds, where men can enter and visit Prophet Muhammad, pbuh, and his two companions without a previous booking. — SPA