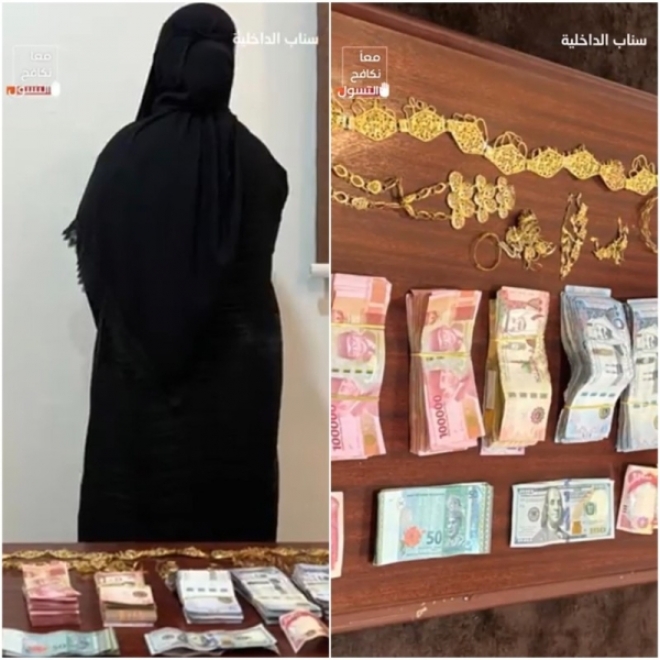 MAKKAH — The security authorities in Makkah arrested an Asian woman who practiced beggary. The woman managed to collect approximately SR117,000, in addition to a number of foreign currencies and gold jewelry.

The security forces have arrested a total of 3,719 beggars from various regions of the Kingdom during the week starting from March 22 to 30. The Public Prosecution officials are investigating the cases against each one of the arrested beggars, including men and women.

The Public Security emphasized that begging in all its forms and manifestations has been banned.

It urged the public to report about those who are found engaged in beggary or extending support to beggars by any means through contacting over phone number 911 in the regions of Makkah and Riyadh, and 999 in all other regions of the Kingdom.

It urged citizens and residents to provide their alms through regular means that ensure that it reaches the needy people and discourage the practice of beggary.

Brig. Gen. Sami Al-Shuwairekh, spokesman of the Public Security, confirmed that the prescribed penalties will be applied to anyone who is caught practicing beggary, or incites others, or helps others to practice beggary.

He said the violators will face imprisonment for a period not exceeding six months, or a fine not exceeding SR50,000 or of both. The penalties will be doubled for those who are part of the organized beggary rackets.

Whoever engages in beggary, manages beggars, incites others, and assists beggars as part of organized rackets will be awarded with a maximum jail term of one year or fine not exceeding SR100,000 or both.