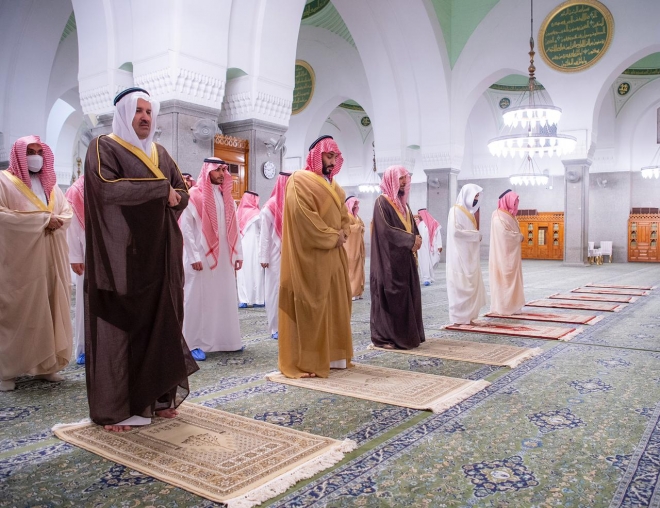 The new project will mean the mosque in Madinah will see the largest development in its history, expanding to 50,000 square meters.

Named after the Saudi monarch, King Salman, the project aims to increase the mosques capacity to 66,000 worshipers.

It also aims to highlight the mosque’s religious importance while preserving its architectural style, as well as monuments located near the mosque.

There will be shaded courtyards on four sides, which will connect to prayer spaces that are not structurally attached to the current mosque building.

He said the project enhances the efficiency of the landmark for visitors’ devotional and cultural experience.

The project will aim to solve overcrowding and enhance the safety of worshipers, and the road system nearby will see a revamp to ease access to the mosque.

Rehabilitation work will mean a number of sites and prophetic monuments within the mosque and its courtyards are preserved.

As many as 57 sites, including wells, farms and orchards, are to be developed or rehabilitated as part of the project.

The crown prince commended the king’s care for the historic mosque, and said the project sets out to achieve the goals and objectives of the Saudi Vision 2030.

During his visit to Madinah, Prince Mohammed prayed at the Prophet’s Mosque.

He also prayed at the Rawdah, a place lies between the Sacred Chamber (known as the Prophet’s house), and the Prophet’s Minbar (or pulpit).

The crown prince was accompanied by Prince Faisal bin Salman, Governor of Madinah, and a number of senior officials.

He then received prominent scholars and excellencies, and a group of citizens who came to greet him, at Taiba Palace in Madinah.